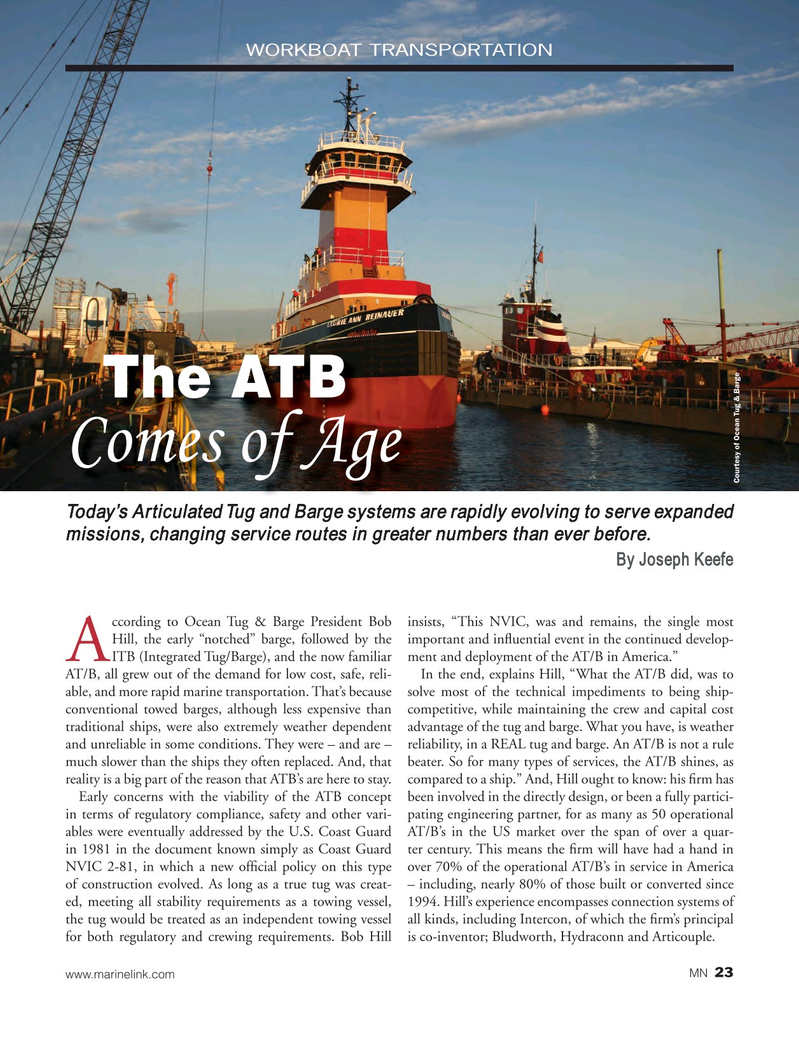 Today’s Articulated Tug and Barge systems are rapidly evolving to serve expanded missions, changing service routes in greater numbers than ever before.

By Joseph Keefe ccording to Ocean Tug & Barge President Bob insists, “This NVIC, was and remains, the single most

Hill, the early “notched” barge, followed by the important and in