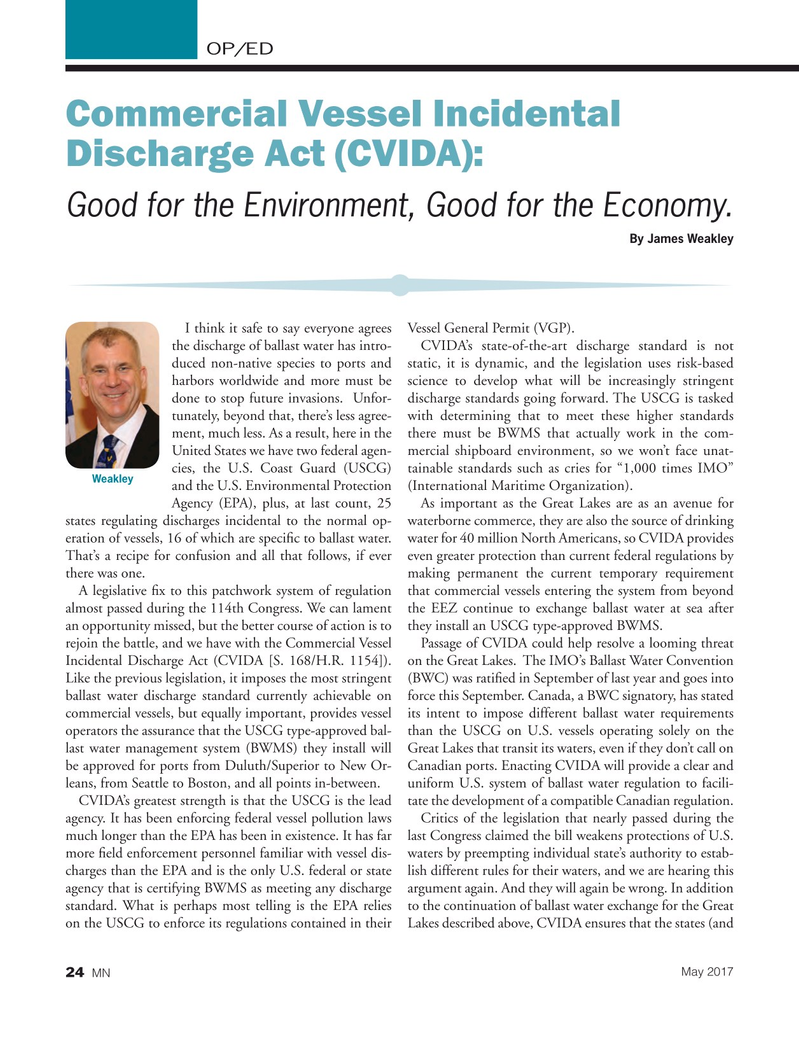 I think it safe to say everyone agrees Vessel General Permit (VGP).

the discharge of ballast water has intro- CVIDA’s state-of-the-art discharge standard is not duced non-native species to ports and static, it is dynamic, and the legislation uses risk-based harbors worldwide and more must be science to develop what will be increasingly stringent done to stop future invasions. Unfor- discharge standards going forward. The USCG is tasked tunately, beyond that, there’s less agree- with determining that to meet these higher standards ment, much less. As a result, here in the there must be BWMS that actually work in the com-

Agency (EPA), plus, at last count, 25 As important as the Great Lakes are as an avenue for states regulating discharges incidental to the normal op- waterborne commerce, they are also the source of drinking eration of vessels, 16 of which are speci