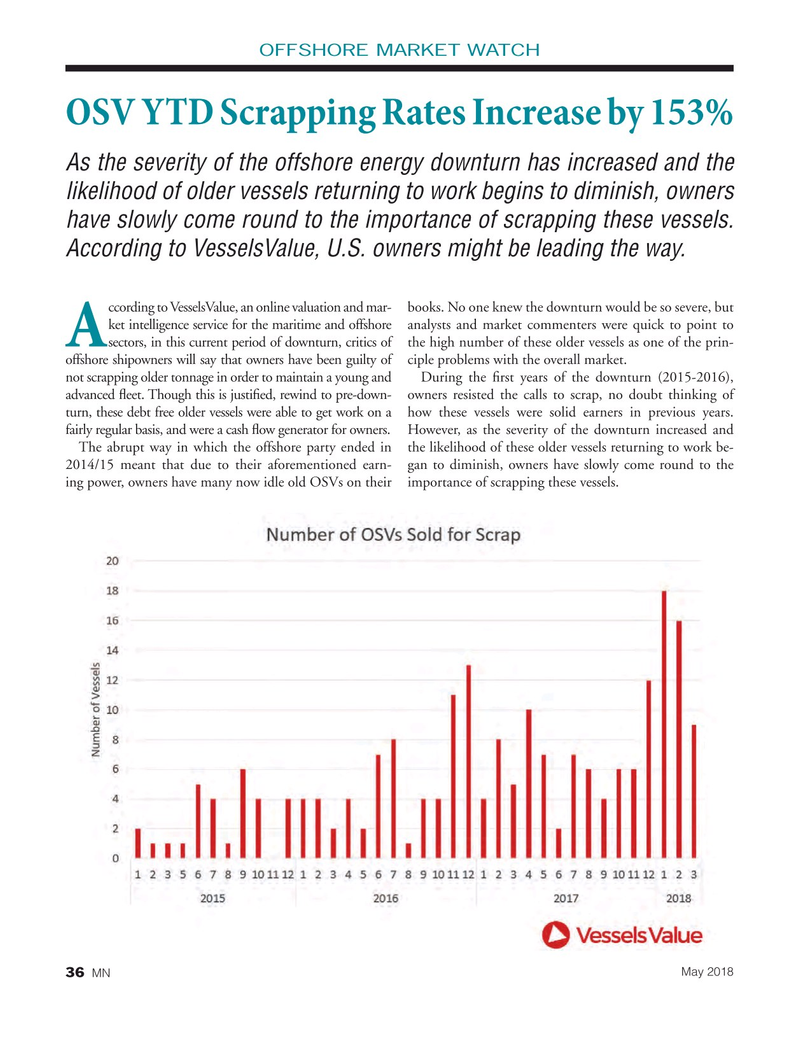 As the severity of the offshore energy downturn has increased and the likelihood of older vessels returning to work begins to diminish, owners have slowly come round to the importance of scrapping these vessels.

According to VesselsValue, U.S. owners might be leading the way.

ccording to VesselsValue, an online valuation and mar- books. No one knew the downturn would be so severe, but ket intelligence service for the maritime and offshore analysts and market commenters were quick to point to

A sectors, in this current period of downturn, critics of the high number of these older vessels as one of the prin- offshore shipowners will say that owners have been guilty of ciple problems with the overall market.

not scrapping older tonnage in order to maintain a young and During the ? rst years of the downturn (2015-2016), advanced ? eet. Though this is justi? ed, rewind to pre-down- owners resisted the calls to scrap, no doubt thinking of turn, these debt free older vessels were able to get work on a how these vessels were solid earners in previous years. fairly regular basis, and were a cash ? ow generator for owners. However, as the severity of the downturn increased and

The abrupt way in which the offshore party ended in the likelihood of these older vessels returning to work be- 2014/15 meant that due to their aforementioned earn- gan to diminish, owners have slowly come round to the ing power, owners have many now idle old OSVs on their importance of scrapping these vessels.