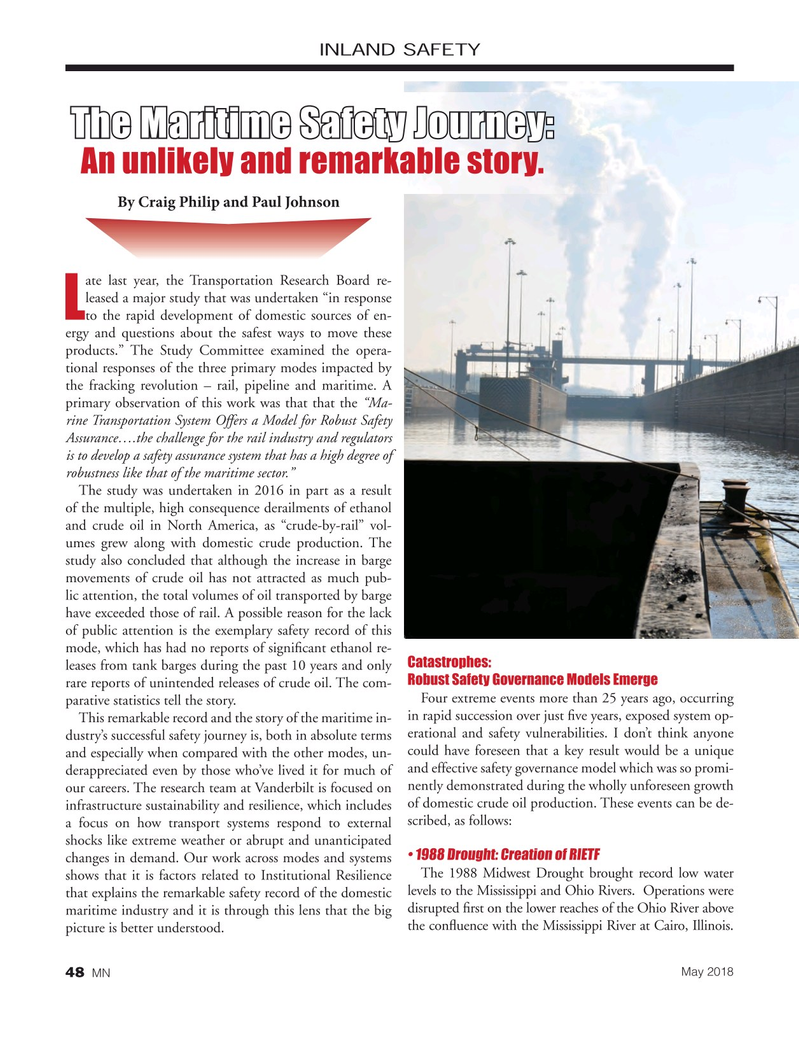 An unlikely and remarkable story.

By Craig Philip and Paul Johnson ate last year, the Transportation Research Board re- leased a major study that was undertaken “in response

L to the rapid development of domestic sources of en- ergy and questions about the safest ways to move these products.” The Study Committee examined the opera- tional responses of the three primary modes impacted by the fracking revolution – rail, pipeline and maritime. A primary observation of this work was that that the “Ma- rine Transportation System Offers a Model for Robust Safety

Assurance….the challenge for the rail industry and regulators is to develop a safety assurance system that has a high degree of robustness like that of the maritime sector.”

The study was undertaken in 2016 in part as a result of the multiple, high consequence derailments of ethanol and crude oil in North America, as “crude-by-rail” vol- umes grew along with domestic crude production. The study also concluded that although the increase in barge movements of crude oil has not attracted as much pub- lic attention, the total volumes of oil transported by barge have exceeded those of rail. A possible reason for the lack of public attention is the exemplary safety record of this mode, which has had no reports of signi