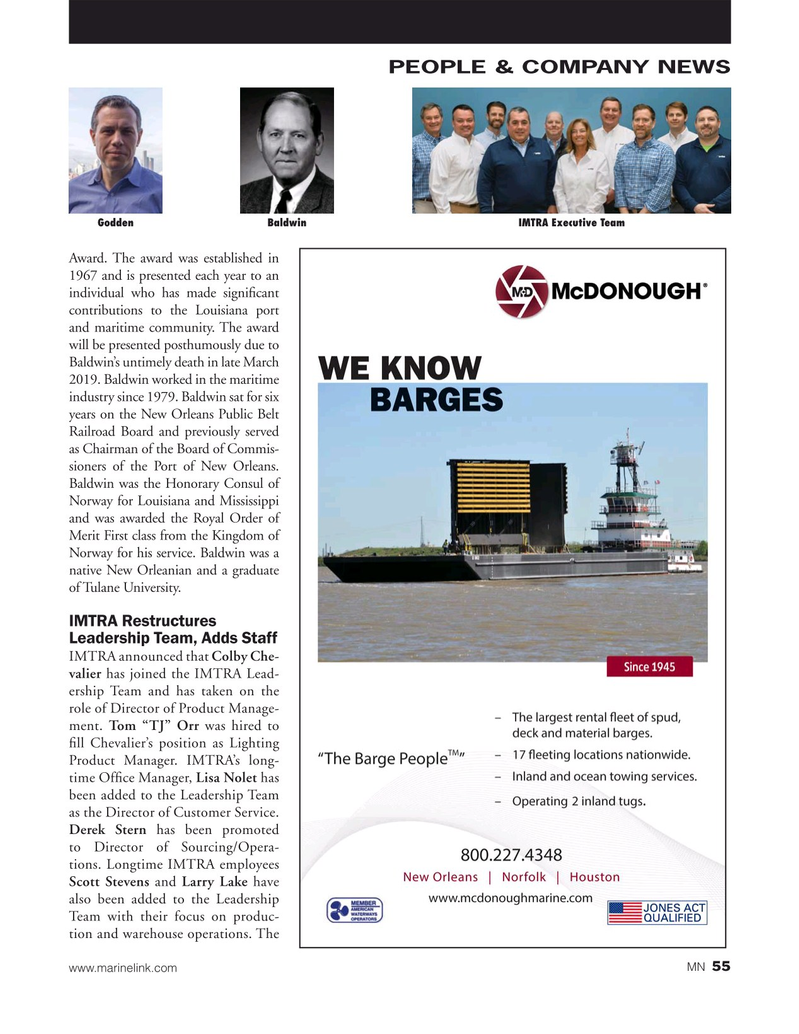 Award. The award was established in 1967 and is presented each year to an individual who has made signi? cant contributions to the Louisiana port and maritime community. The award will be presented posthumously due to

Railroad Board and previously served as Chairman of the Board of Commis- sioners of the Port of New Orleans.

Baldwin was the Honorary Consul of

Merit First class from the Kingdom of

Norway for his service. Baldwin was a native New Orleanian and a graduate of Tulane University.

IMTRA announced that Colby Che- valier has joined the IMTRA Lead- ership Team and has taken on the role of Director of Product Manage- ment. Tom “TJ” Orr was hired to ? ll Chevalier’s position as Lighting

Product Manager. IMTRA’s long- time Of? ce Manager, Lisa Nolet has been added to the Leadership Team as the Director of Customer Service.

Derek Stern has been promoted to Director of Sourcing/Opera- tions. Longtime IMTRA employees

Team with their focus on produc- tion and warehouse operations. The 55 www.marinelink.com MN