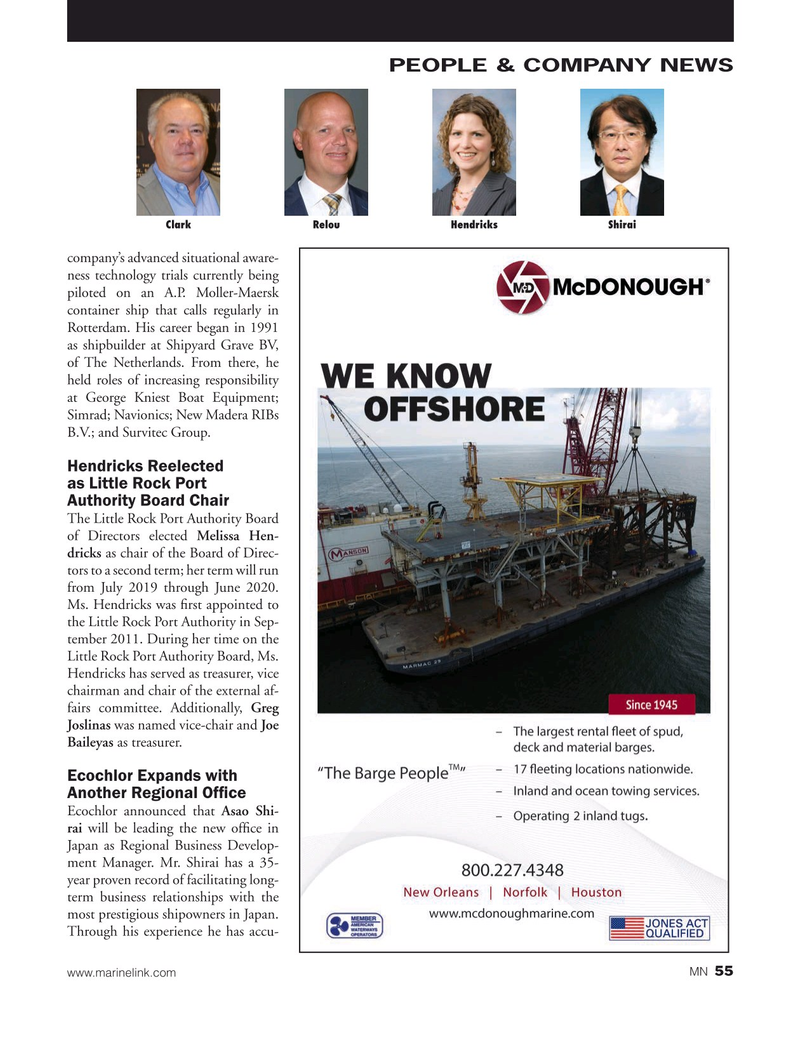 Rotterdam. His career began in 1991 as shipbuilder at Shipyard Grave BV, of The Netherlands. From there, he held roles of increasing responsibility at George Kniest Boat Equipment;

The Little Rock Port Authority Board of Directors elected Melissa Hen- dricks as chair of the Board of Direc- tors to a second term; her term will run from July 2019 through June 2020.

Ms. Hendricks was ? rst appointed to the Little Rock Port Authority in Sep- tember 2011. During her time on the

Joslinas was named vice-chair and Joe

Another Regional Of? ce

Ecochlor announced that Asao Shi- rai will be leading the new of? ce in

Through his experience he has accu- 55 www.marinelink.com MN