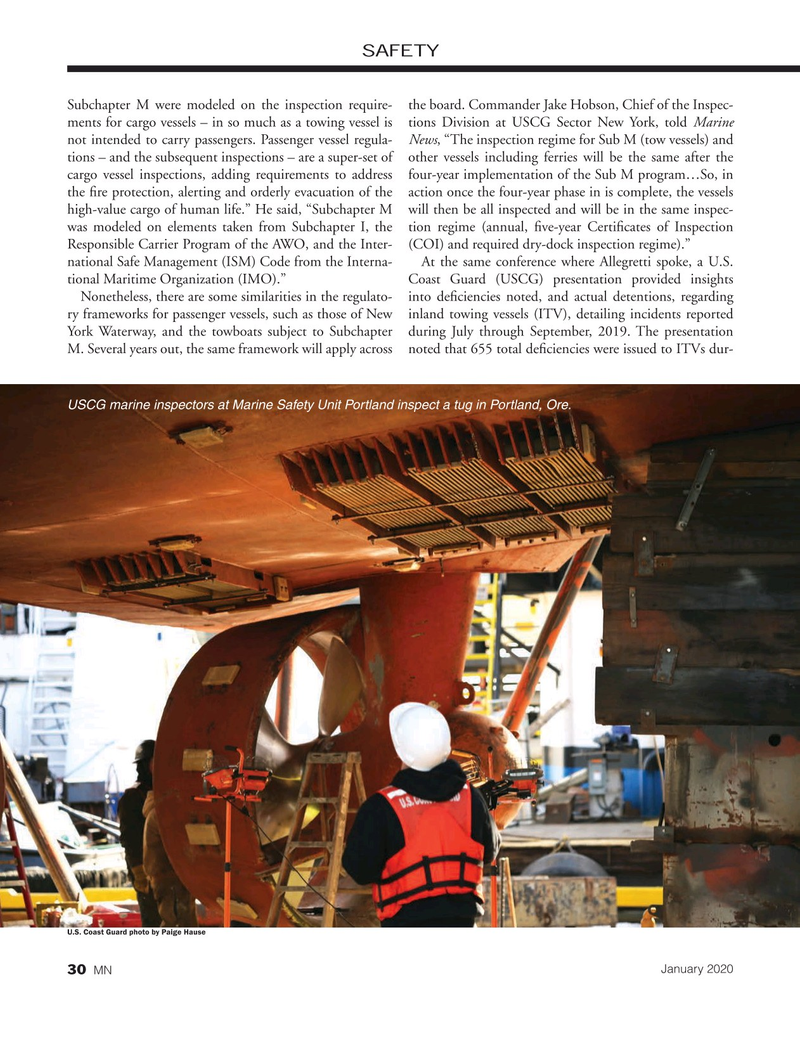 Subchapter M were modeled on the inspection require- the board. Commander Jake Hobson, Chief of the Inspec- ments for cargo vessels – in so much as a towing vessel is tions Division at USCG Sector New York, told Marine not intended to carry passengers. Passenger vessel regula- News, “The inspection regime for Sub M (tow vessels) and tions – and the subsequent inspections – are a super-set of other vessels including ferries will be the same after the cargo vessel inspections, adding requirements to address four-year implementation of the Sub M program…So, in the ? re protection, alerting and orderly evacuation of the action once the four-year phase in is complete, the vessels high-value cargo of human life.” He said, “Subchapter M will then be all inspected and will be in the same inspec- was modeled on elements taken from Subchapter I, the tion regime (annual, ? ve-year Certi? cates of Inspection

Nonetheless, there are some similarities in the regulato- into de? ciencies noted, and actual detentions, regarding ry frameworks for passenger vessels, such as those of New inland towing vessels (ITV), detailing incidents reported

York Waterway, and the towboats subject to Subchapter during July through September, 2019. The presentation

M. Several years out, the same framework will apply across noted that 655 total de? ciencies were issued to ITVs dur-