The Company:
McLane Research Laboratories was founded in 1983 and manufactures advanced time-series oceanographic profilers, samplers and flotation to the oceanographic community. The objective at McLane is to enable worldwide investigators to achieve their research and scientific goals by providing advanced, cost-effective instrumentation. 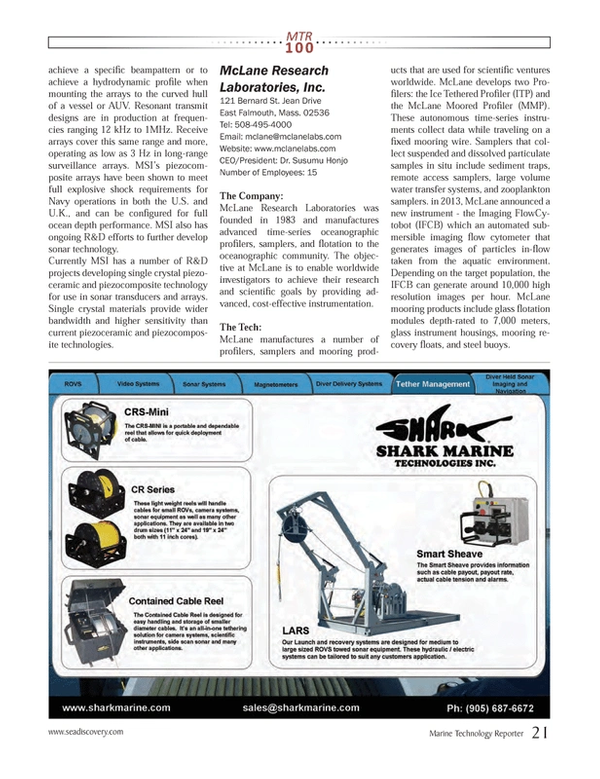