Douglas-Westwood (DW) released the fifth edition of the World Offshore Wind Market publication where it forecast offshore wind installations averaging 3.2 GW per year over the next 10 years. Capital expenditure is expected to hit a peak of $24b in 2016. The market will remain highly concentrated in the Northern European region, particularly in U.K. and German waters. The Chinese market will also grow quickly in the forecast period.

Energy is Blowing in the (Offshore) Wind
Due to low carbon targets and a need to secure new energy supplies, offshore wind has become an important component in the future electricity generation mix for a number of countries, mainly in the European region. Offshore wind developments are potentially attractive to project developers due to a number of factors including:

•    In comparison to onshore sites, average wind speeds are both higher and sustained over longer periods and wind flow is less turbulent, leading to better energy yields

•    When implemented as part of a balanced energy strategy, offshore wind increases diversity of supply and reduces fuel imports

•    When sited far from shore, the theory is that there will be shorter planning timelines in comparison to other forms of renewable energy such as onshore wind.

Offshore Wind Projects
The offshore wind project lifecycle can be split into three main phases, these being the initial phase of capital expenditure (Capex), followed by a lengthy period of expenditure to maintain the offshore wind farm (Opex) and then finally a second Capex phase required to decommission the wind farm.
The initial build phase encompasses all investments and activities related to planning, development, procurement and installation processes, resulting in a fully commissioned, electricity generating offshore wind farm. The duration of this phase can be highly variable, but timelines of 10 years are not unheard of.
The Opex phase of an offshore wind farm can last 20 years or longer, at the end of which the operator may decide to ‘repower’ or decommission the project.
To date, no large-scale offshore wind farms have been decommissioned.
Increasing project scale has been a major underlying trend in the industry. Early offshore wind farms were located in water depths of 10m or less and were typically less than five km from shore. Capacity, water depth and distance from shore have all been increasing since these early projects.
The chart below shows how this trend is set to continue over the next 10 years. For example, the majority of U.K. Round 3 projects are over 30km from the shore and over 1,000 MW in size. In total, the nine designated Round 3 zones represent over 30 Gigawatts (GW) of potential capacity and would require capital expenditure levels of more than $124.8b.

Offshore Wind Costs
High cost levels are one of the major areas of concern in this emerging industry. At present, the cost of energy from offshore wind is significantly higher than for conventional thermal power plants (gas and coal) and even onshore wind.
Due to high cost levels, offshore wind requires financial support, often referred to as subsidies. As a consequence, any uncertainty in this area can cause a slowdown in activity, as is being experienced in the U.K. market due to the ongoing Electricity Market Reform (EMR) process being undertaken by the current government.
Evidence of cost reduction is limited, although an analysis of upcoming projects indicates that Capex rates may be starting to plateau. Opex rates are more difficult to assess as sustained operational experience is limited and results are opaquely reported.
From a financing perspective the high cost levels and the risks associated with offshore construction, new wind turbine technology and offshore operations, have made it difficult for project developers to tap into new sources of capital. The current reliance on the public sector to provide financial support, both directly and indirectly and on global utilities to self-fund projects looks to be unsustainable in the long-run.

Offshore Wind Turbines
The wind turbine represents the largest share of project Capex and is therefore a focus area for technology development. In the early years, turbines were variations of onshore machines, whereas the latest models are increasingly designed around the specific requirements of the offshore environment. Examples of an offshore-specific approach can include building redundancy into the system and adding air treatment systems to filter the corrosive marine atmosphere.
Building further from shore also allows wind turbine units to be larger than their onshore counterparts. The average power rating for offshore wind turbines is currently approaching 4 MW and this trend is expected to continue in the future, as over 75% of the new offshore wind turbine models announced up to 2012 had a rated capacity of over 5 MW. Although the underlying trend is clear, commercialisation of larger wind turbines has tended to be slower than expected.
As power capacity increases the dimensions and weights of the major components also increase creating a unique set of challenges for foundation designers, installation contractors and maintenance crews. In the medium term, wind turbine blade diameters will increase from 90m to more than 150m and the weight of the nacelle (hub unit / generator) will increase from 100 tons to more than 300 tons.

Offshore Wind Installation Vessels
In order to install offshore wind turbines and their associated support structures, installation contractors and even energy companies have been building a fleet of purpose-designed vessels. At the mid-point of 2011 there were almost a dozen wind turbine installation vessels under construction around the world. Consequently, a large number of highly specialized vessels have come to market in recent times in expectation of future growth.
This present phase of intense construction activity is coming to an end, and new vessel orders have slowed down with at least one major installation contractor stating that it has put a hold on its newbuild plans due to potential oversupply in the future.
While the most recently completed vessels are similar in concept there does appear to be a smaller subset at the very high end of the market, which have been “future-proofed” to carry out installation of very large wind turbines with capacities of 7.5MW or more. These vessels include the HGO Innovation and Swire’s sister ships the Pacific Orca and Pacific Osprey. Project developers believe that these vessels will be the most highly utilized as the market develops.

Market Forecast
Due to the uncertainties in the industry and the slow growth experienced historically, Douglas-Westwood take a conservative view when undertaking its market modeling, with particular sensitivity placed on the more speculative projects. However, there is a positive upward trend, with significant expenditure expected, which has attracted many of the largest industrial players from those that are already involved in the onshore wind industry to new entrants.
Several highlights from the report are picked out below:

•    Assuming that a solution is finalized with regards recent grid connection issues, Germany is anticipated to become the largest offshore wind market by 2022

•    Beyond 2016, the forecast Capex falls due to lower levels of visibility on projects post-2020 However, we believe that due to the strong long-term drivers for new sources of power generation, Capex will be maintained at or exceeding 2016 levels.

The future growth of offshore wind is highly linked to achieving meaningful cost reduction, which would in turn unlock investment from both project financiers and the supply chain. Unfortunately, there is no single answer to cost reduction and it will only be achieved through a combination of approaches including increased competition in the supply chain, higher reliability levels, new maintenance strategies and optimized wind turbine designs.
There is evidence of new approaches in areas such as contracting strategy and risk sharing between project developers. Several major industrial players including Samsung and Areva are also in varying stages of development of new offshore wind turbines.
This development should bring increased competition to an area currently dominated by a single player. Leveraging experience from the established offshore oil and gas sector is another promising development especially in areas such as offshore construction and maintenance activities.

About the Author
Dmitry Dovgan has a background in strategic management and business analysis, with a wide experience in the energy industry. Before joining Douglas-Westwood he worked for a major oil & gas service provider and also applied his skills and experience at Scottish Enterprise, Scotland’s main economic development agency, where he worked on economic evaluation of opportunities for inward investments and delivered industry analysis in both renewables and the oil & gas sector. Prior to these Dmitry pursued a management career with a telecom software vendor, leading business analysis and strategy functions. Dmitry studied economics in Russia and Germany, and has an MBA from Aberdeen Business School. 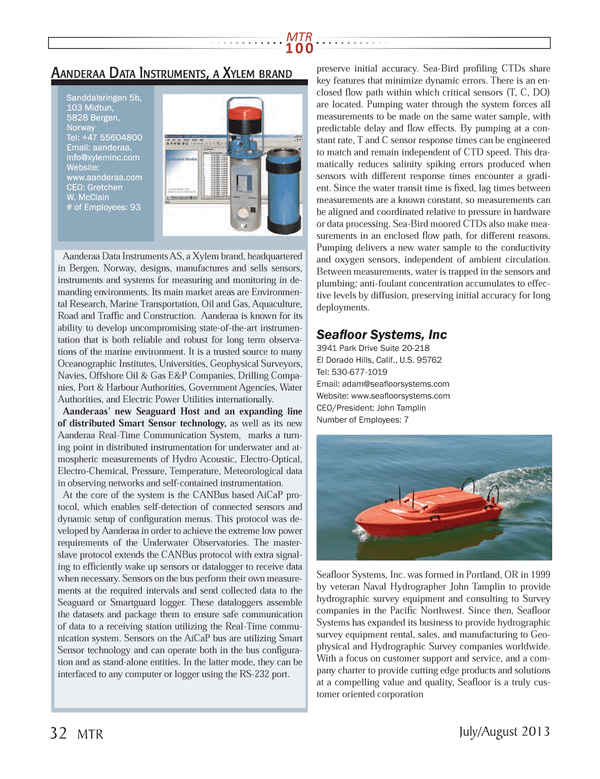