A new report by the National Ocean Council, the Federal Oceanographic Fleet Status Report, notes the challenges faced by operators of the United States fleet of survey and research ships.
“These 47 ships are part of our Nation’s critical infrastructure, collecting vital information to help protect lives and property from marine hazards; measure and project global climate change and ocean acidification; enhance safety and security and more.” Retired Navy Capt. Edward Lundquist talked to several key stakeholders in the Federal Oceanographic Fleet to get a sense of where the fleet is today, and what the future holds.  His report summarizes his conversations with the National Science Foundation (NSF); Office of Naval Research (ONR); National Oceanic and Atmospheric Administration (NOAA); and University of California-San Diego’s Scripps Institution of Oceanography (SIO).

NSF: Operating Costs Rise, Budgets Fall
The report is an update of a similar 2007 report that summarizes the status of the federal oceanographic fleet and identifies deficiencies and priorities.
“We’re continuing to evaluate the federal oceanographic fleet and the requirements of our ships to support future science needs in the context of budget constraints,” said Bob Houtman, section head for the Integrative Programs Section (IPS) in the Division of Ocean Sciences within NSF’s Geosciences directorate.
Houtman said the federal agencies are continuing their efforts to modernize the fleet, while at the same time retire older, less capable ships.  “As budgets are decreasing, not all ships are being utilized at the same rate.  The owners have had to carefully evaluate if it is cost effective to keep every one of those ships in the fleet.”
Two of the oldest global ships, ONR-owned Melville and Knorr, are being retired and replaced with new ocean-class ships in CY14-15. The NSF-funded arctic research vessel Sikuliaq will replace the R/V Alpha Helix that was retired at the end of 2006.
The two biggest cost drivers, fuel and manpower, account for two thirds of the operating costs.  According to NSF’s Rose Dufour, program director for the Ship Operations Program, one third of the cost is for fuel alone, and another third  is for crew and shore support.  “It’s increasing ahead of inflation and exacerbating our level-funding situation.”
Newer ships, Houtman said, are technologically more capable and are more efficient. “The cost to get a ship to sea is not going down. Operating costs for the fleet are going up faster than our budgets.”
Houtman said an interagency working group continues to look very carefully at how the federal agencies can share the ships that are in the fleet.  “If a funded science research cruise is going to be in a geographic location, scientists can put in additional science proposals to take advantage of the fact that ship is already going to be in that location, permitting more science to be accomplished for a relatively small incremental cost.”
But ships optimized for survey work are different than ships designed for research. And global class ships can travel to more distant areas and remain at sea longer than the smaller ships, although they have higher operating costs.
“Not all ships are equally capable,” Houtman said.
Research ships do a lot of work on station and have a large working deck aft with the ability to launch and recover vehicles and sensors in the water over the side.  Survey ships are designed to travel back and forth collecting data over large areas of ocean with installed shipboard equipment while underway.
Sending a small ship a long distance may cost more money in the long run due to the transit costs than using a large ship that might already be in the area.
Dufour said some ships are specialized for a capability or an operating environment.  “Not all ships have the ability to go anywhere,” she said.
In some areas, it may be more cost-effective to deploy unmanned vehicles from the shore instead of from a research ship underway. Buoyancy gliders can travel long distances and use very little power, but are slower, so they take a longer time to get where they are going or to cover an area of interest, and they are limited in the sensor payload they can carry Many underwater vehicles are battery powered, and so have limited endurance.
“They don’t necessarily have the longevity for long-duration missions, and you have to place them very specifically where you want them working, so it takes a ship.”
Dufour said many specialized instruments, like ocean bottom seismographs, need ships for deployment and recovery and cannot be done autonomously.  Some deep submergence vehicles, like  Alvin, are deployed from a mother ship.  If there’s a mission for Alvin, you have to use R/V Atlantis,” she said.  Jason and other ROVs can be operated from many of the ships in the Federal Oceanographic Fleet but require special winches and control vans (or labs).
Houtman said NSF is developing new mooring arrays as part of the Ocean Observatories Initiative that will have satellite links and the ability for Autonomous Underwater Vehicles (AUVs) to dock with the array without surfacing to recharge, exchange data and receive instructions.
There’s been a significant investment in new technology, Houtman said, particularly with unmanned, off board systems such as buoyancy gliders, unmanned aerial systems and autonomous underwater vehicles.  “With advances in handling equipment, vehicles, sensors and connectivity, new off board systems will enable us to increase the quality and quantity of data collected.”
The new generation of research ships will incorporate the latest in dynamic positioning, satellite communications and a “telepresence” capability that allows scientists and students who can’t get to sea to participate from ashore.
Telepresence, enabled by vehicles with video and data connections, are still “ship centric.”
“We’re looking for efficiencies,” said Houtman.  “We want to line up multiple cruises in a specific geographic area that make sense in terms of cost-effective operations.”
“We really feel we have a bright future for the Federal Oceanographic Fleet,” Houtman said.
The National Science Foundation’s  Ocean Sciences Division Integrative Programs Section (IPS) supports the operation and acquisition of major shared-use oceanographic facilities needed to carry out oceanographic-related research programs.  This includes funding operations and technical services support for numerous facilities such as the Academic Research Fleet, the National Deep Submergence Facility, the National Ocean Science AMS Facility, the Monterey Accelerated Research System Cable Test-bed Facility and the Aloha Cabled Observatory.  IPS also funds the development of new ocean research technology through the Ocean Technology and Interdisciplinary Coordination (OTIC) Program and is responsible for managing the acquisition of new ships such as the R/V Sikuliaq and the new Ocean Observatories Initiative multi-scale ocean observatory system.

(As published in the September 2013 edition of Marine Technology Reporter - www.seadiscovery.com) 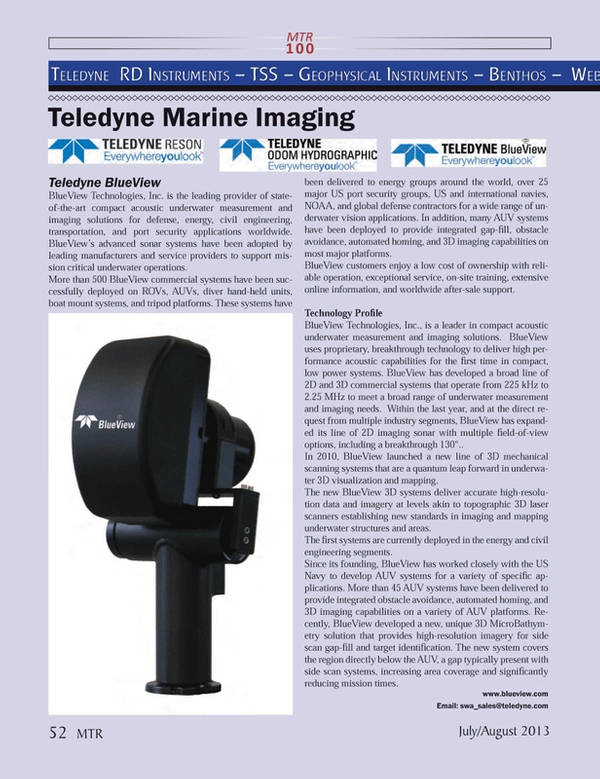