Aquatec Group have recently supplied a significant number of their deep water AQUAlogger 210 data loggers for measurement of turbidity, temperature and depth.  The loggers are being used by the RPS MetOcean team based in Perth, W. Australia, in support of the Tanzania Gas Project Metocean Survey for Statoil (Tanzania). The survey is to assist Statoil in developing a field in 2,600m of water, and consists of approximately 20 moorings at the site and along proposed pipeline routes. 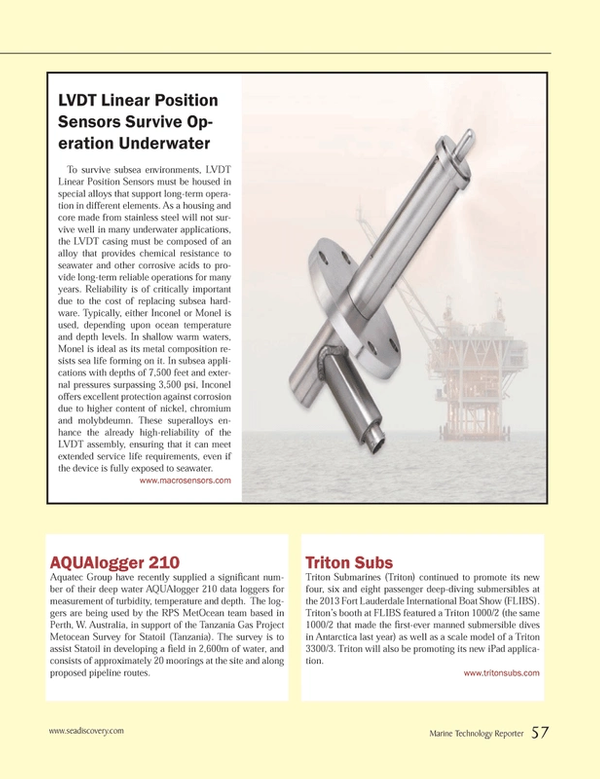