The Sea Owl concept introduced by Saab in the 1980s, has been completely reengineered with new chassis, advanced technology content and increased work capability. Now named Sea Owl XTi, the new design offers  360° orientation, allowing the ROV to work in any orientation, even upside- down. The result is a vehicle made for hard-to-reach places and hostile environments that combines the characteristics of a highly maneuverable observation vehicle with the versatility of a larger ROV. Key features: a doubling of the payload, extreme maneuverability courtesy of seven thrusters and a new depth rating to 2,000m.
www.seaeye.com 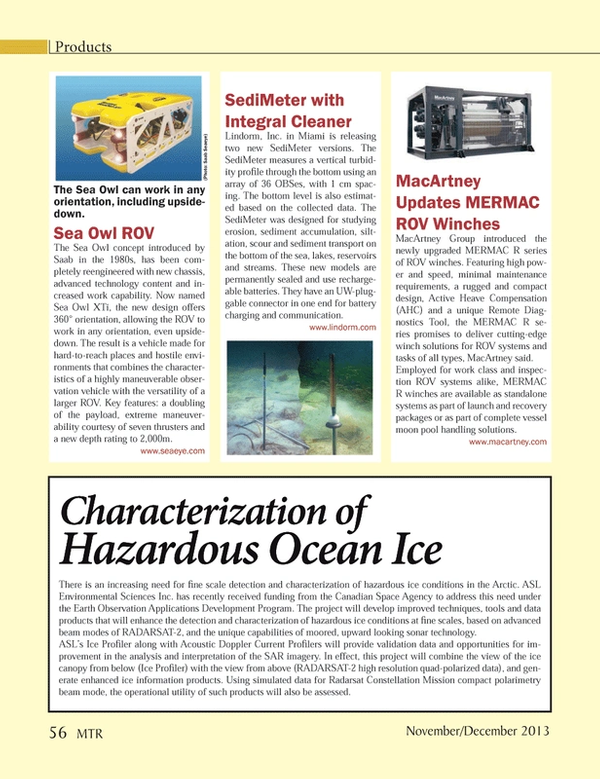