Understanding the Bay of Fundy’s powerful tides is getting easier thanks to a new advanced sensor platform being built for the Minas Passage. Simon Melrose, the platform project manager for the Fundy Ocean Research Center for Energy (FORCE), speaking at the Nova Scotia Energy Research and Development Forum, announced construction contracts for a new underwater platform designed to measure the tide in real time via cable connection – a breakthrough for Nova Scotia’s tidal energy efforts.
“To harness the enormous power of the Bay of Fundy, we have to understand it,” said Melrose. “That’s why we’re building an underwater platform that will give us a clearer, moment-by-moment picture of the tidal currents at the FORCE site.”
“The platform builds on the successful deployment last year of the first subsea cable ever laid in the Minas Passage - a task that proved we can work in the world’s most challenging tidal site,” said Tony Wright, GM, FORCE.
The platform will be connected from sea to shore by a three km subsea data cable installed in 2013 and is expected to record vital information on the tides, current flow and water quality.
It is part of FORCE’s Fundy Advanced Sensor Technology (FAST) program. The FAST program is designed to monitor and characterize the FORCE site with a recoverable platform that uses a variety of onboard sensing equipment.
Some of the Nova Scotia companies involved include:
• Open Seas Instrumentation Inc., based in Musquodoboit Harbor, who are designing and building the platform,
• EMO Marine Technologies Ltd., based in Eastern Passage, who are designing and building the communication system that will bring the data ashore over the fiber optic data cable, and
• Mackenzie Atlantic Tool and Die Ltd., also based in Musquodoboit Harbor, who are building the specialized stainless steel housing for the equipment.

(As published in the June 2014 edition of Marine Technology Reporter - http://www.marinetechnologynews.com/Magazine) 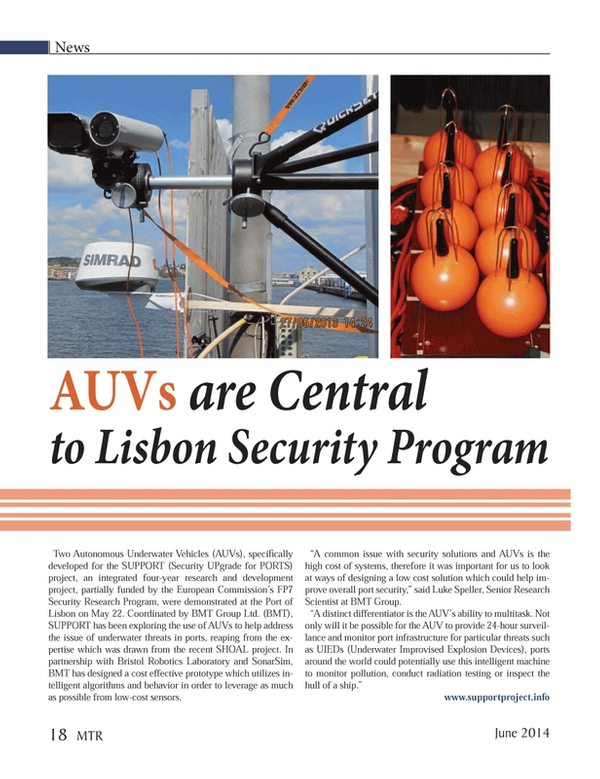 Other stories from June 2014 issue