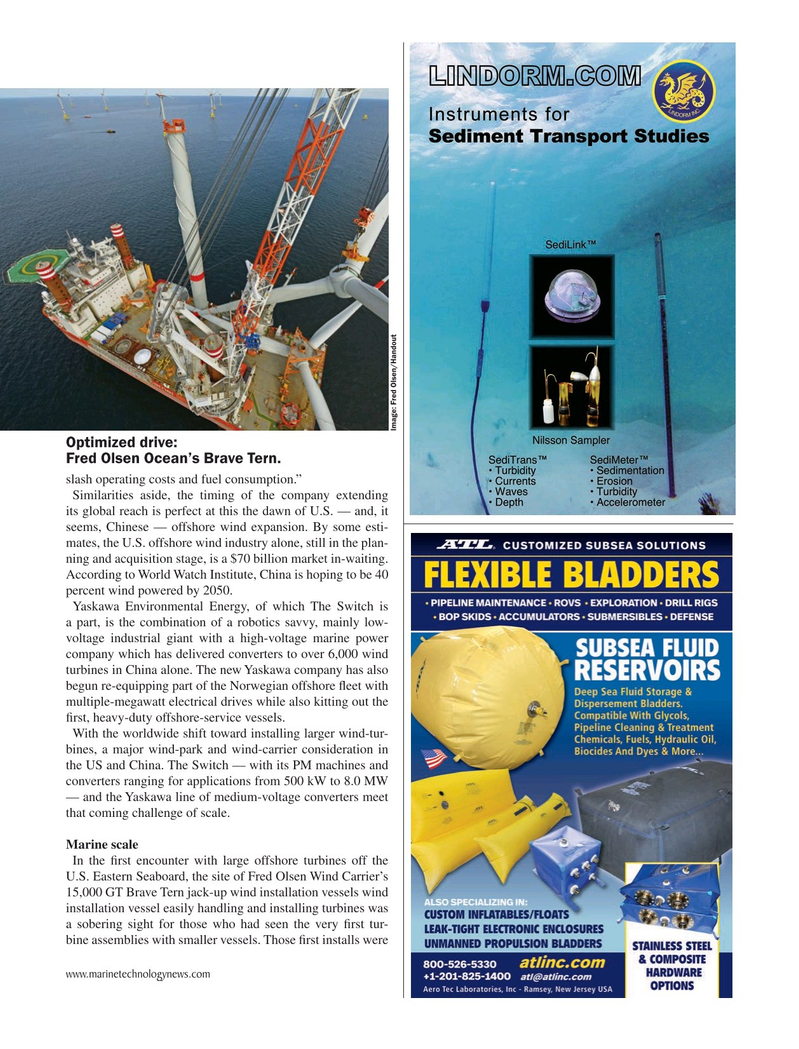 Similarities aside, the timing of the company extending its global reach is perfect at this the dawn of U.S. — and, it seems, Chinese — offshore wind expansion. By some esti- mates, the U.S. offshore wind industry alone, still in the plan- ning and acquisition stage, is a $70 billion market in-waiting.

According to World Watch Institute, China is hoping to be 40 percent wind powered by 2050.

Yaskawa Environmental Energy, of which The Switch is a part, is the combination of a robotics savvy, mainly low- voltage industrial giant with a high-voltage marine power company which has delivered converters to over 6,000 wind turbines in China alone. The new Yaskawa company has also begun re-equipping part of the Norwegian offshore ? eet with multiple-megawatt electrical drives while also kitting out the ? rst, heavy-duty offshore-service vessels.

With the worldwide shift toward installing larger wind-tur- bines, a major wind-park and wind-carrier consideration in the US and China. The Switch — with its PM machines and converters ranging for applications from 500 kW to 8.0 MW — and the Yaskawa line of medium-voltage converters meet that coming challenge of scale.

In the ? rst encounter with large offshore turbines off the