Ingram Barge Company, a division of Ingram Corporation, New Orleans, La., has signed a 10-year contract valued at approximately $150 million with Commonwealth Edison Company of Chicago for the transporting of up to 20 million barrels annually of low sulphur #6 fuel oil from the New Orleans area to Commonwealth Edison's Collins electric generating station now under construction near Morris, on the Illinois River southwest of Chicago.

The initial movement of oil will begin in late 1975. The contract may be extended beyond the original term.

To meet schedule deadlines, John M. Donnelly, president of Ingram Barge Company, said that Ingram has already awarded contracts for the construction of six high-horsepower towboats and 48 integrated tank barges for the transporting of the oil. The barges will foe of double skin construction and equipped with self-contained pumping and heating capacity so that they can be immediately discharged upon arrival at the Collins station. All of the equipment will employ the very latest in shipbuilding technology.

Final decisions on the choice of hull forms and power plants will be made after an extensive model testing program is conducted in Wageningen, the Netherlands.

Mr. Donnelly also stated that Ingram already has under construction five towboats and 23 barges for other customers as part of an ongoing expansion program. 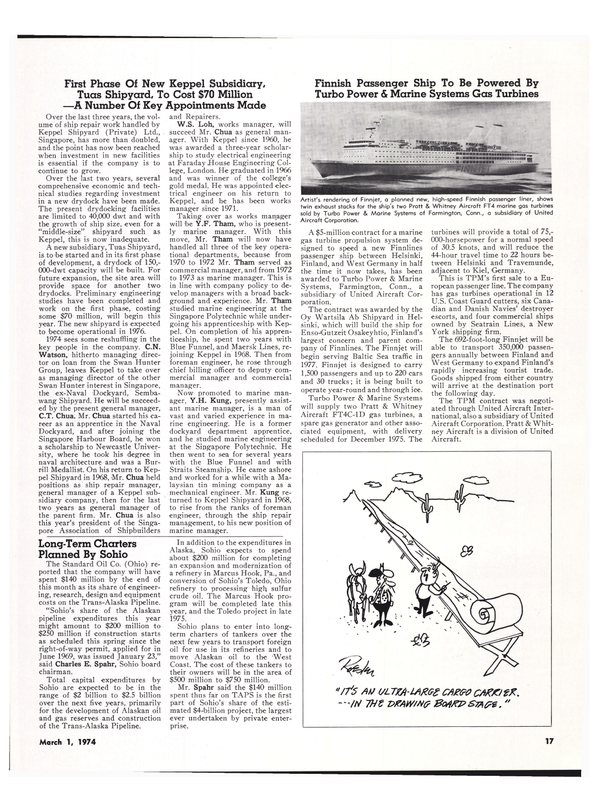