Ocean Transport & Trading Limited, London, England, has announced the formation of a new shipbroking company, Ocean McGregor Limited. The company has been formed from the shipbroking departments of the Ocean subsidiaries, McGregor, Gow and Holland Limited, and Cory Mann 'George (Chartering) Limited.

Mr. Hughes is an executive director of Ocean McGregor Ltd. He was formerly manager of the chartering, sale and purchase department of McGregor, Gow and Holland Ltd. He is a Fellow of the Institute of Chartered Shipbrokers.

Mr. Hughes was educated at Foster's Grammar School, Sherborne, Dorset, and served in the RAF from 1941 to 1948.

Mr. Greenacre is an executive director of Ocean McGregor Ltd. He was previously marine superintendent and then general manager of Cory Maritime Ltd. Prior to that, he was a technical superintendent with Shell International Petroleum Company.

Mr. Greenacre holds an extra first class certificate (marine engineers) and is a Fellow of the Institute of Chartered Shipbrokers. He was educated at Tynemouth Grammar School.

In commenting on the formation of the new company, Mr. Hughes stated: " W e are fortunate in having an experienced staff working for us, and although we will continue to act for Group divisions such as Ocean Titan, Ocean Liners and Straits Steamship, associated companies such as China Navigation, and for other long-established connections such as Compagnie Maritime Beige (Antwerp), and John Swire and Sons (London), we anticipated an expansion of our activities in the North American, and Japanese and other Far Eastern Markets." 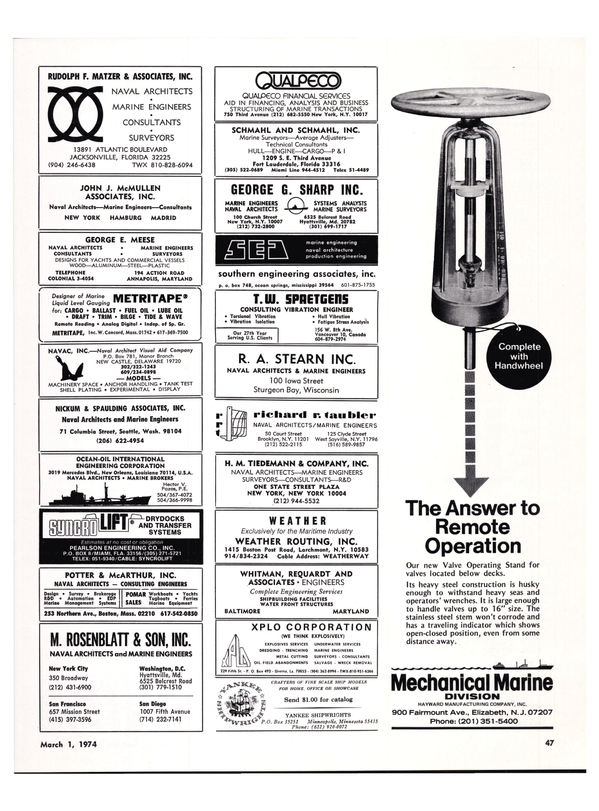