According to a NASSCO spokesman, the boilers will be installed aboard three 38,000-ton oil/gasoline/ kerosene tankers being built at a cost of over $65 million for the Moore & McCormack Co.

Each of the boilers is designed to generate 57,030 pounds of steam per hour, with a superheater outlet pressure of 615 pounds per square inch, and temperature of 905 .degrees Fahrenheit when firing at the normal load rate of 4,035 pounds of No. 6 oil per hour.

All of the units will be equipped with a superheater, extended surface economizer, steam air heater and two B&W Saratoga-type oil burners with racer steam atomizers.

The vessels, scheduled for delivery in October 1975, June 1976 and January 1977, will have a shallow draft of 35 feet, a service speed of 16 knots, automated engine rooms, and semi-automated cargo control systems.

The boilers will be designed at B&W's Coventry, Ohio, detail engineering offices near Akron, Ohio.

Boiler shipsets are scheduled for shipment in September, November and December 1974. 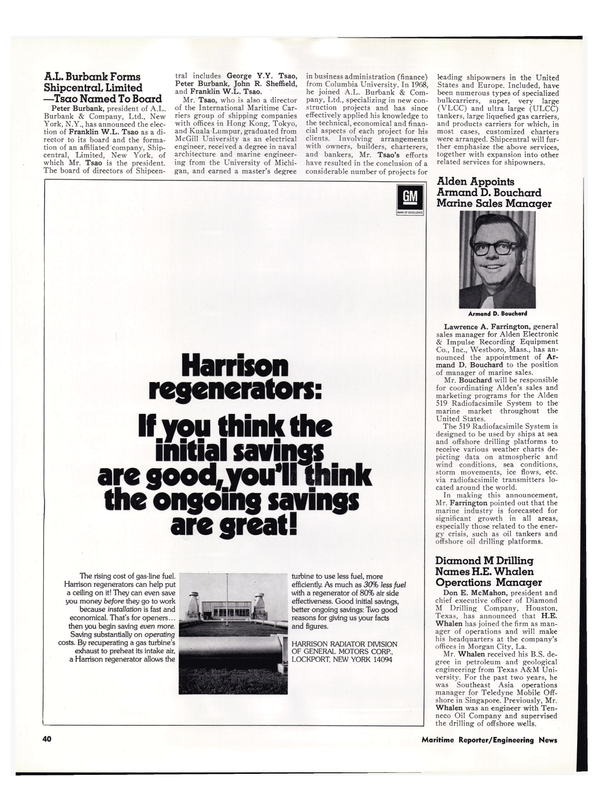