The newly formed Pacific Merchant Shipping Association in S'an Francisco, Calif., is launching a move to bring into its ranks a broad range of West Coast shipping and commercial interests, including foreign-flag steamship companies.

At the start of the year, PMSA replaced the Pacific Coast Regional Office of the American Institute of Merchant Shipping, taking the same headquarters space on Sacramento Street in San Francisco, as well as the same staff. Philip Steinberg, who had been head of the AIMS regional office, is president of the new organization.

Mr. Steinberg said that while PMSA is focusing on the Pacific shipping industry, its membership expects to maintain a "cordial" and "cooperative" relationship with AIMS. The latter organization has headquarters in Washington, and represents only American shipping companies.

PMSA and AIMS will often be working together for the same objectives in such areas as Federal rules and legislation, Mr. Steinberg predicted.

Last fall, it appeared that AIMS was about to lose its West Coast American-flag members—American President Lines and its American Mail Line Division, States Steamship Co., and Pacific Far East Lines. However, all but PFEL are within the AIMS organization..

Members of the Pacific Merchant Shipping Association include' American President Lines and American Mail, States Steamship, Pacific Far East Lines, Matson Navigation Co., and Alaska Hydro- Train. The group is inviting as members all lines "without regard to size of vessels or nationality of vessel registry." Various grades of membership will be established and it is also planned to open the association to such firms as steamship agencies and business organizations with maritime interests.

Neither rates nor labor negotiations will be dealt with by PMSA, said Mr. Steinberg. But it will be active in such fields as traffic control, environmental problems, taxation affecting the shipping industry, and the like. 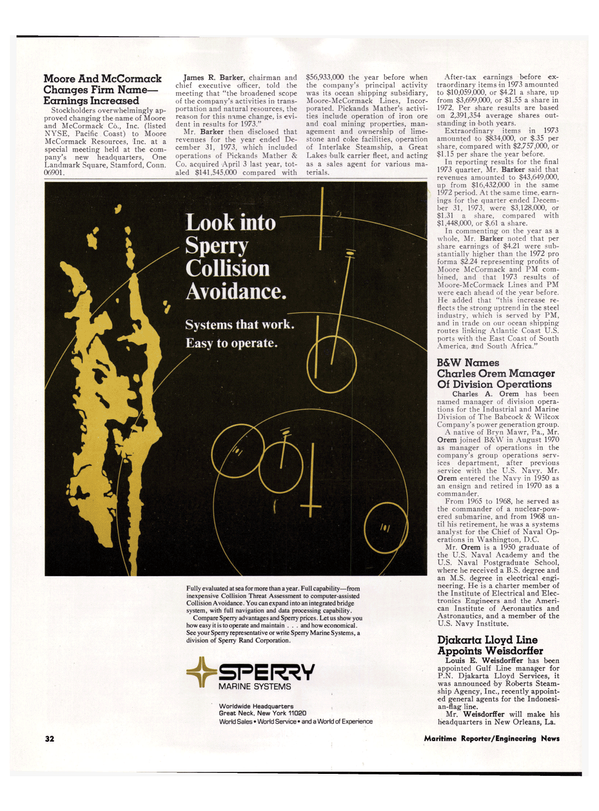