Ronald H. Blanchette has been appointed a regional sales manager for the Marine and Industrial Division of Samson Ocean Systems, Inc., 99 High Street, Boston, Mass. 02110. The announcement was made by Robert Billings, vice president, Cordage Operations.

Mr. Blanchette will be based in San Francisco, Calif., and will be responsible for all sales and customer service in northern California and the states of Nevada (except Las Vegas), Colorado, and Utah.

The Marine and Industrial Division of Samson Ocean Systems engineers and produces rope and rope systems for the heavy marine market, the utilities market, the offshore oil drilling industry, and the commercial fishing industry.

He also served as house manager for the General Electric Supply Co. facility in Emeryville, Calif. 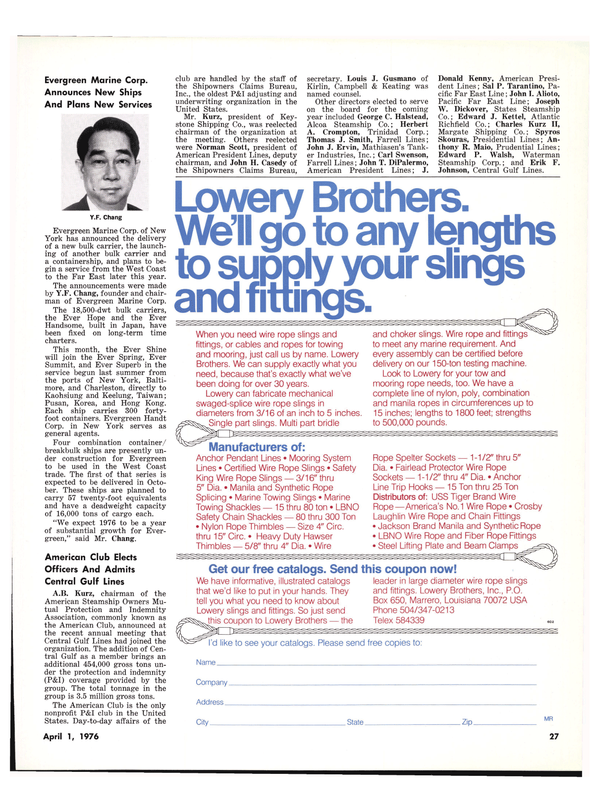