Evergreen Marine Corp. of New York has announced the delivery of a new bulk carrier, the launching of another bulk carrier and a containership, and plans to begin a service from the West Coast to the Far East later this year.

The announcements were made by Y.F. Chang, founder and chairman of Evergreen Marine Corp.

The 18,500-dwt bulk carriers, the Ever Hope and the Ever Handsome, built in Japan, have been fixed on long-term time charters.

This month, the Ever Shine will join the Ever Spring, Ever Summit, and Ever Superb in the service begun last summer from the ports of New York, Baltimore, and Charleston, directly to Kaohsiung and Keelung, Taiwan; Pusan, Korea, and Hong Kong.

Four combination container/ breakbulk ships are presently under construction for Evergreen to be used in the West Coast trade. The first of that series is expected to be delivered in October.

These ships are planned to carry 57 twenty-foot equivalents and have a deadweight capacity of 16,000 tons of cargo each.

"We expect 1976 to be a year of substantial growth for Evergreen," said Mr. Chang. 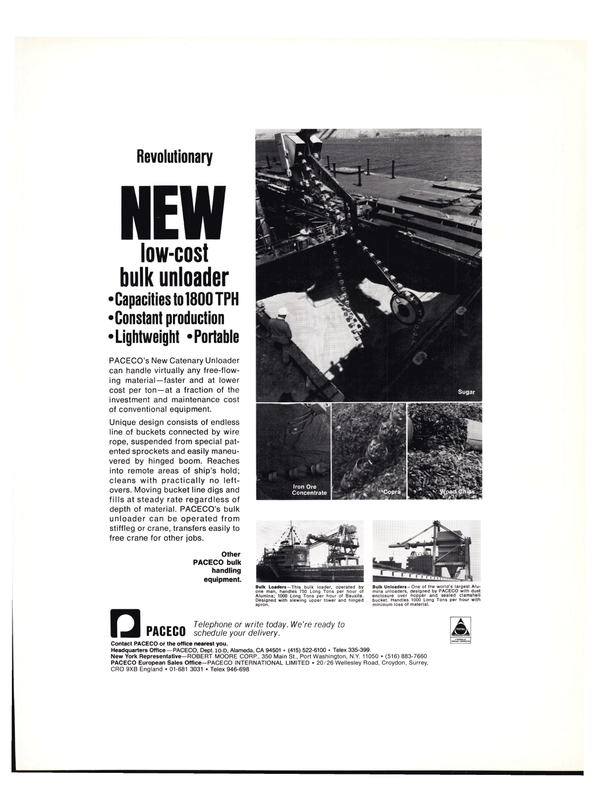