Todd Shipyards Corporation has been awarded contracts by the U.S. Navy Department to build six guided missile frigates, FFG-7 Class, of which four will be delivered to the U.S. Navy and two will be delivered to the Royal Australian Navy. These vessels are key elements in modern-day Naval forces. The base price for the six vessels is approximately $295 million. The contracts contain provisions for upward price adjustments to compensate for future increases in the costs of labor and material.

According to John T. Gilbride, chairman of Todd, three of these ships will be built at the Seattle Division and three at the Los Angeles Division. Todd was a participant in the design contract which preceded the production contracts for these ships. Such effort took four years, and made the company a logical candidate for the ensuing production contracts.

Mr. Gilbride noted that Todd is ideally suited both in facilities and personnel to carry out this very important project for the Navy; the company has invested millions of dollars in plant improvement and expansion at both Seattle and Los Angeles in recent years, and it has maintained a cadre of personnel with invaluable expertise gained in similar programs for the Navy.

The Navy has programmed the procurement of a total of 49 of these guided missile frigates over a five-year period; eight ships' authorization and appropriation has been requested for FY '77, and eight ships' authorization has been requested for FY '78. Todd has every expectation of participating in future procurements for this class of vessel.

The FFG-7 Class ships will have an overall length of 445 feet, a beam of 45 feet, a draft of 24V2 feet, and a full-load displacement of 3,605 tons. The single-screw ships will be powered by two LM- 2500 gas turbines, developing a total of 40,000 shp, and driving a controllable/reversible pitch propeller.

Sustained sea speed will be 28 knots. The frigates will each be manned by 11 officers and 152 enlisted personnel. 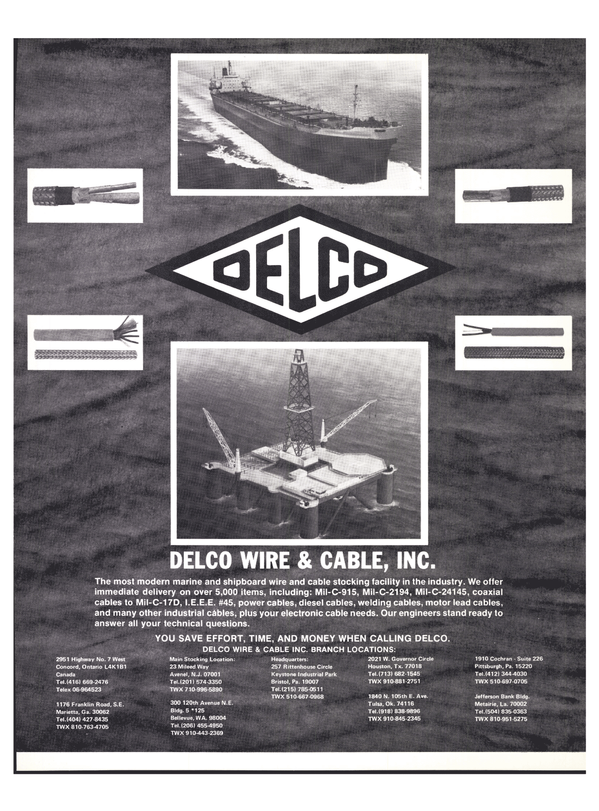 Read Todd To Build Six Guided Missile Frigates For Navy At Base Price Of $295 Million in Pdf, Flash or Html5 edition of April 1976 Maritime Reporter