The barriers will be used on the Black Sea, the Baltic, and on the Sea of Japan. The barriers, identical to those the Coast Guard now uses, are noted for their strength and excellent wave-following ability — a key factor in oil collection at sea. They are designed to be air-dropped at a spill site for deployment by surface craft.

Each 612-foot barrier will be packed in a 20-foot container. The barrier is made up of rigid panels, loosely strung on a tension line, held vertical by self-inflating floats, with a fabric curtain between panels. Thus, each strut is free to respond to the heave, sway, and roll of the waves.

Ms. Swett points out that small companies can do business with the USSR. Offshore Devices could not afford to send a team of key personnel to Moscow for long negotiations.

Literature and a film of the development of the barrier were sent instead. Using mail and telegram only, negotiations were successfully concluded within six months. Ms. Swett notes with pleasure that the Russians are making a serious effort to collect high seas oil spills. 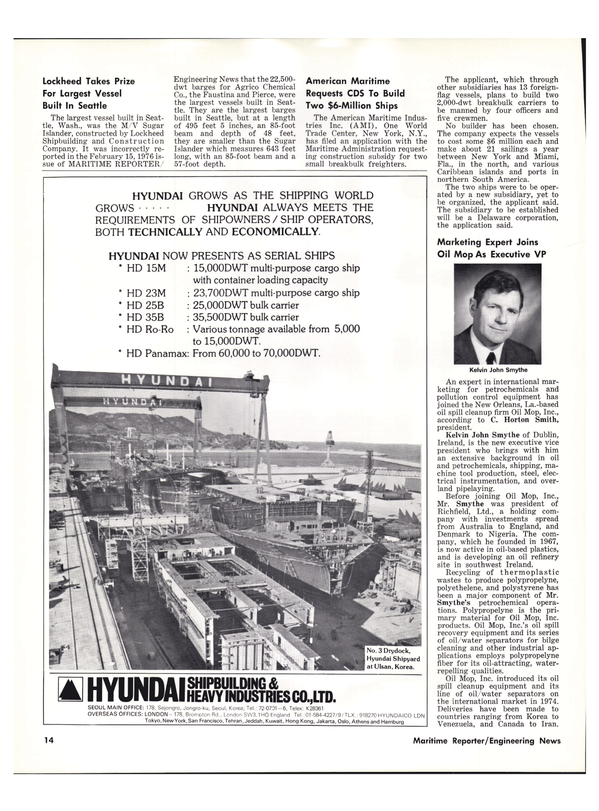