Ralph P. Nolan Jr., chairman, San Diego Section, The Society of Naval Architects and Marine Engineers, opened the February meeting in the traditional manner by asking all members and guests to introduce themselves.

After an enjoyable social hour and dinner, Roger H. Compton of the U.S. Naval Academy presented a thought-provoking paper, "The Engineer and the Initial Conceptual Design of Marine Systems." Dr.

Compton described the engineer's multifaceted involvement in the transformation of an abstract idea for a marine system into a physically and fiscally feasible conceptual design. The inherent duality of the engineer's role as concept developer and problem solver throughout the design evolution was emphasized. General principles were discussed, then a methodology for applying those principles was developed.

George Uberti of National Steel and Shipbuilding Company pointed out in his written discussion that in addition to the role of concept developer and problem solver, the design engineer has a responsibility to standardize to the maximum practical extent. 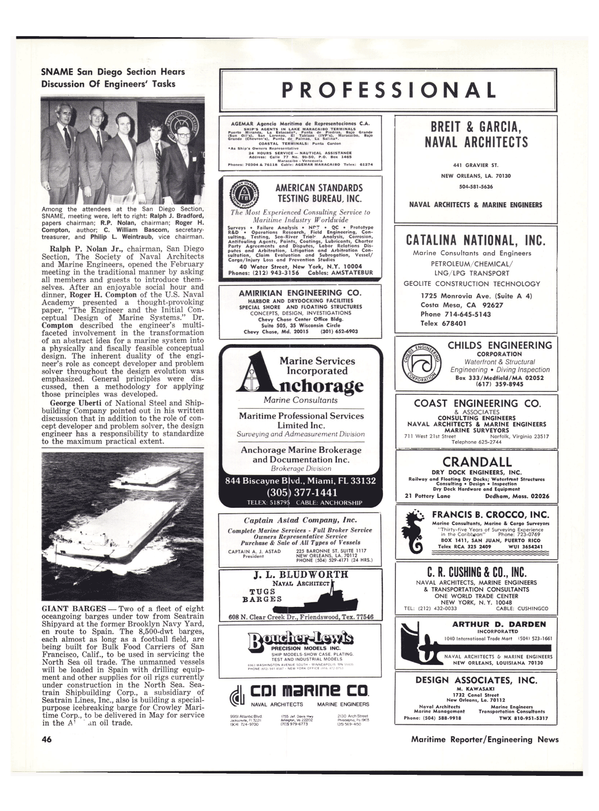