The new rig, to be named Marlin No. 14, is scheduled for delivery in August 1979, becoming Marlin's 10th offshore rig.

The four-legged jackup will be capable of drilling wells to 30,000 feet in depth while operating in offshore water depths from 12 feet to 150 feet. The substructure will feature a cantilevered drill floor allowing the contractor to position the rotary and derrick as much as 45 feet astern of the rig's hull. This capability offers the added advantage of being able to cantilever over existing production platforms to drill developmental wells.

The rig will structurally consist of a buoyant hull 145 feet long by 150 feet wide. Four cylindrical columns passing through the platform support the rig on location and provide the means for jacking the platform above offshore waters. The unit offers a normal moving draft of 15 feet and onboard living accommodations for 56 persons.

Located in Houston, Texas, with operations offices in Lafayette, La., and Natal, Brazil, Marlin Drilling, headed by George B. 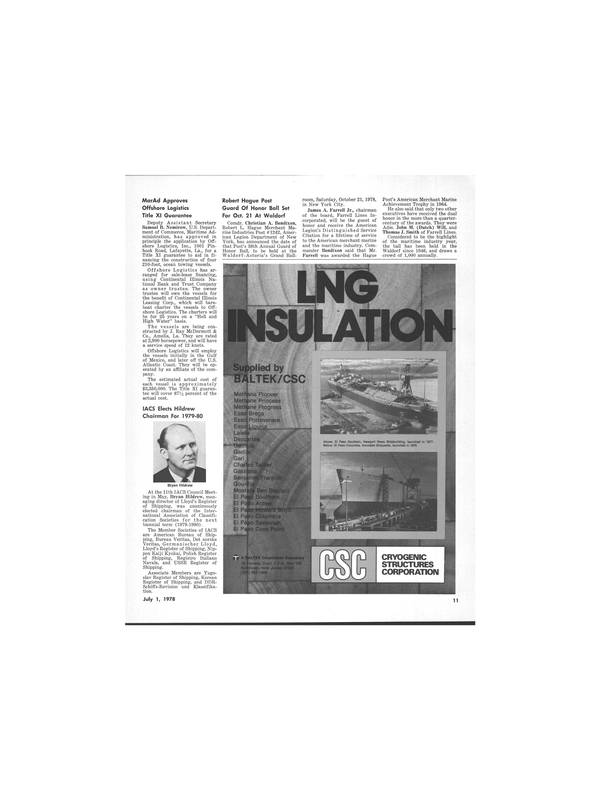