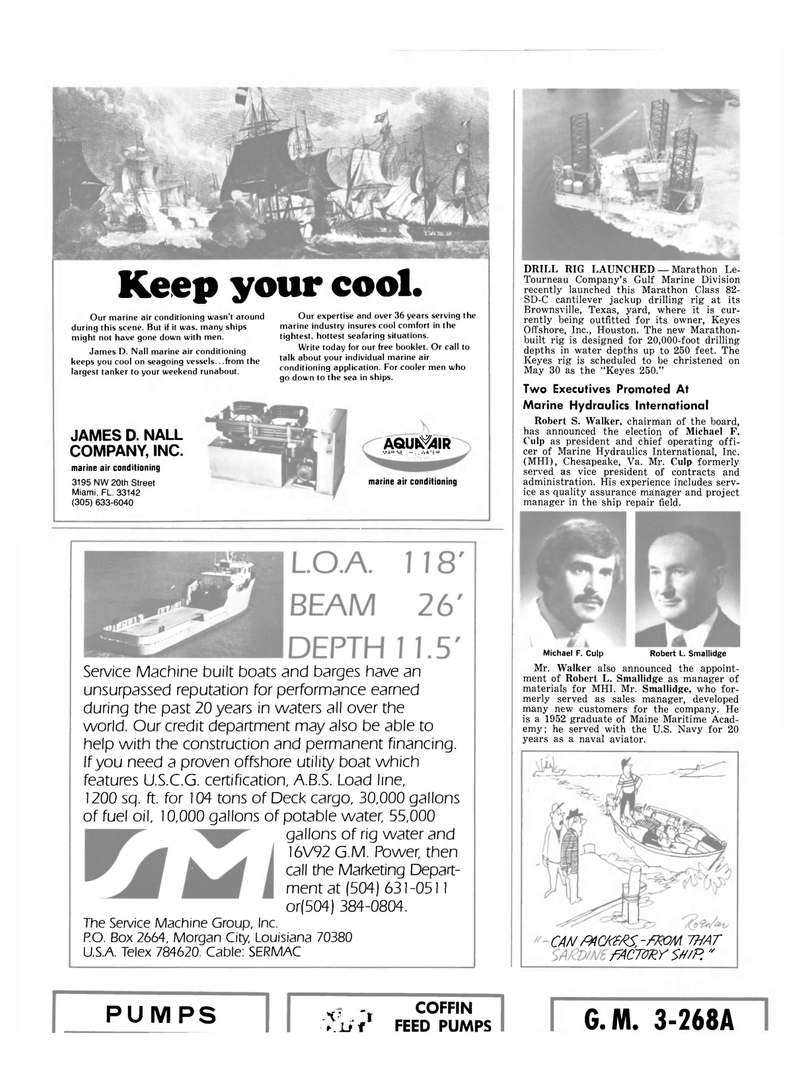 Service Machine built boats and barges have an unsurpassed reputation for performance earned during the past 20 years in waters all over the world. Our credit department may also be able to help with the construction and permanent financing.

Brownsville, Texas, yard, where it is cur- rently being outfitted for its owner, Keyes

Offshore, Inc., Houston. The new Marathon- built rig is designed for 20,000-foot drilling depths in water depths up to 250 feet. The

Keyes rig is scheduled to be christened on

Robert S. Walker, chairman of the board, has announced the election of Michael F.

Mr. Walker also announced the appoint- ment of Robert L. Smallidge as manager of materials for MHI. Mr. Smallidge, who for- merly served as sales manager, developed many new customers for the company. He is a 1952 graduate of Maine Maritime Acad- emy; he served with the U.S. Navy for 20 years as a naval aviator.

Our marine air conditioning wasn't around during this scene. But if it was. many ships might not have gone down with men.

James D. Nail marine air conditioning keeps you cool on seagoing vessels.. .from the largest tanker to your weekend runabout.

Our expertise and over 36 years serving the marine industry insures cool comfort in the tightest, hottest seafaring situations.

Write today for our free booklet. Or call to talk about your individual marine air conditioning application. For cooler men who go down to the sea in ships.