At a recent meeting of the Los Angeles Metropolitan Section of The Society of Naval Architects and Marine Engineers aboard the Princess Louise, the evening's paper titled "The Combined Effect of Vertical and Horizontal Lineshaft Alignment on Main Reduction Gear" was authored and presented by Vince DeGeorge of General E l e c t r i c Company. It challenged the attentive audience to think beyond customary lineshaft- to-reduction gear relationships.

Mr. DeGeorge used vu-graphs to illustrate the importance of predicting forces acting on the gear tooth interfaces during full torque hot operation, and to describe the computer program developed to accomplish the prog- nostications. The effect of additional horizontal and vertical loads imposed by external lineshaft misalignment was postulated, in terms of gear-to-pinion tooth load maximums, using force vector analysis. To validate the p r e d i c t i o n programs, strain gauges were placed in the roots of test gear-set teeth and misalignment was induced. Further validation was accomplished by cold check measurement of existing shipboard applications.

Mr. DeGeorge concluded the paper by asking the audience to put the relationship between lineshaft alignment and the main reduction gear in a new perspective and evaluate that relationship for each specific reduction gear and lineshaft design. The prediction program, however, does not consider transient changes in lineshaft alignment due to sea or ship operating conditions. The author and audience participated in a lively and expansive question and answer session following the presentation. 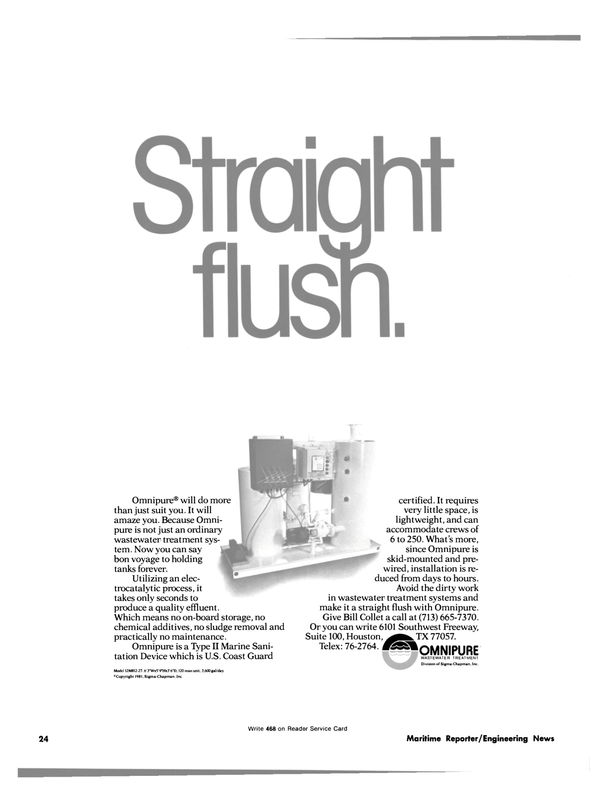 Other stories from May 1981 issue