The multimillion-dollar rig has been under construction for about 10 months, and upon delivery this month will begin drilling operations in the Gulf of Mexico for Cities Service.

George S. Hamilton, general manager of the Sparrows Point yard, said the Griffin-Alexander III is the third of eight rigs which Bethlehem will deliver to Griffin- Alexander over the next two years. The first two rigs were built at Bethlehem's Beaumont, Texas, yard and delivered within the last three months. Two additional rigs for Griffin-Alexander are under construction at the Sparrows Point yard, and the remaining three units will be delivered from Beaumont.

With the completion of this rig, the Sparrows Point yard will have delivered two mat-supported jackups, and Bethlehem yards will have completed their 89th.

Basic components of the Griffin- Alexander III consist of a 166-foot-long by 109-foot-wide by 15-foot-deep buoyant platform with a drilling slot, a 210-footlong by 170-foot-wide by 10-footdeep supporting mat, three 12- foot-diameter by 312-foot-long cylindrical legs and a hydraulic jacking system.

Outfitted with deep-well drilling equipment, the rig can operate in waters up to 250 feet in the elevated position while experiencing forces resulting from 70- knot winds and 33-foot seas. The Griffin-Alexander III contains onboard, air-conditioned living accomodations for 58 persons, including sleeping quarters, galley, laundry, and recreation facilities.

The rig was designed and built to comply with standards of the U.S. Coast Guard and rules of the American Bureau of Shipping.

More than 5,700 tons of steel were used in the construction, composed of the following: 4,942 tons of plate from Bethlehem Steel's Sparrows Point plant; 815 tons of structural shapes from the Bethlehem, Pa., plant; nearly four tons of wire rope from the Williamsport, Pa., plant; and about 1.75 tons of fasteners from the Lebanon, Pa., plant. 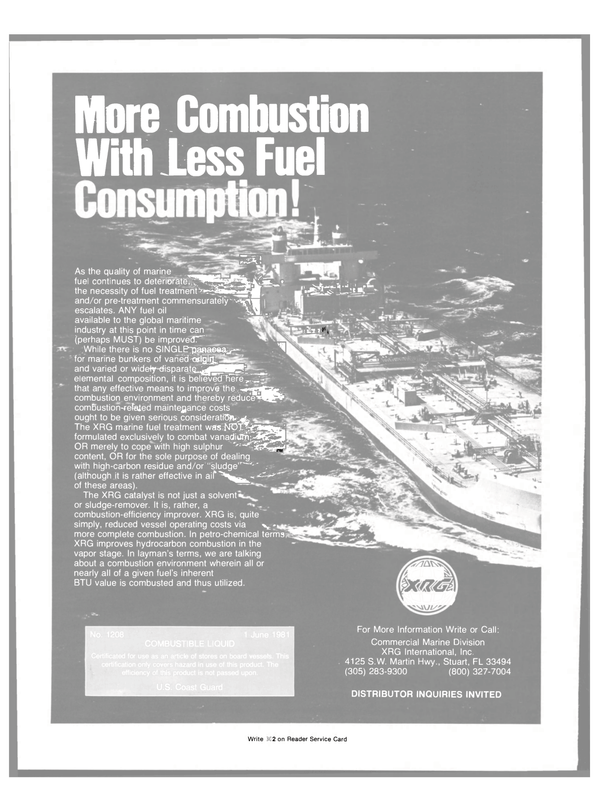