Three Oceangoing Great Lakes Bulkers To Be Built In U.K.

British Shipbuilders has been awarded a $130-million (Canadian) order for three oceangoing Great Lakes bulk carriers, it was announced recently. The 35,000- dwt ships will be built by Govan Shipbuilders — two for Misener Transportation, Ontario, and one for Pioneer Shipping, Manitoba.

The vessels, the first Canadian ships to be built in the United Kingdom in 20 years, will be specially designed to allow the bulkers to be used on the Great Lakes or in ocean commerce, especially during the times when the Lakes and the St. Lawrence Seaway are icebound. The vessels will be equipped with a water ballast system that is similar to that of a tanker which allows them to operate at sea with a 9.7-meter (about 32-foot) draft, and in f r e s h w a t e r with a 7.92-meter (about 26-foot) draft.

Deballasting reportedly will be a c c o m p l i s h e d in three hours, which is sufficient to negotiate the locks along the Great Lakes.

While engaged in Lake commerce, the ships will have a reduced capacity of 25,000 dwt. The lower draft will permit them to operate from Canada's major grain terminal at Thunder Bay, Ontario.

The ships, to be delivered in the first half of 1983, will be powered by single Sulzer slow-speed diesels producing a 13-knot service speed. A four-blade controllable pitch propeller in a Kort nozzle will provide increased maneuverability.

British Shipbuilders also announced the receipt of an order for a 35,000-ton bulk carrier from Carisma Companhia Naviera, Panama. The vessel will be built at Sunderland Shipbuilders. 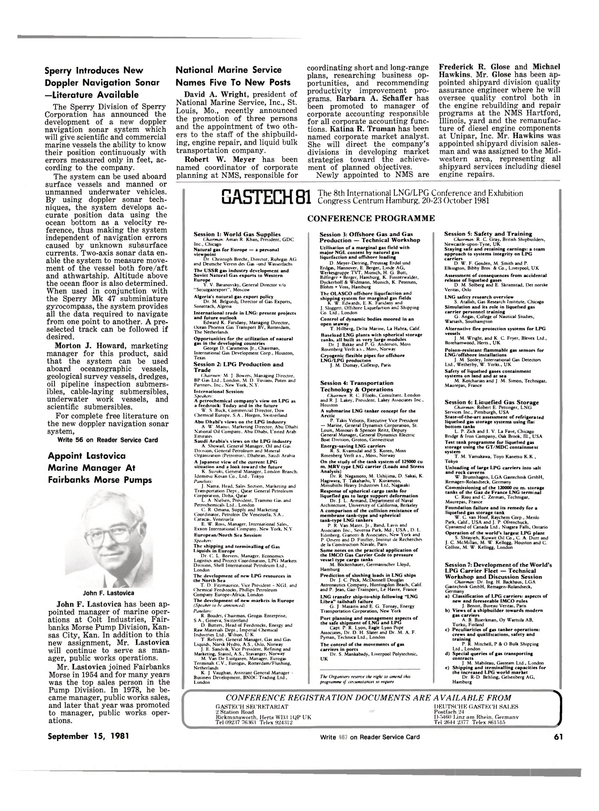