The ship's 2,900-hp main engine will generate a service speed of approximately 15 knots.

The new vessel was designed by Campbell Industries of San Diego, une of the world's leading builders of tuna purse seiners. These ships are designed especially for operation from ports at medium distance from the fishing grounds.

The design is a refinement of vessels of this size previously built by Campbell Industries. It takes into account the best features of American tuna seiner design along with some modifications to the refrigeration system based on the most recent Japanese experience.

MARCO Pacific will market its vessels both in Taiwan and internationally.

The company anticipates that its tuna seiners will be available with either American or Japanese main engines and auxiliaries, depending on the owner's preference. Deck machinery sys- terns on these vessels will be MARCO, much of which will be furnished by MARCO's licensee, Mitsui MARCO of Kobe, Japan.

Though the design shown here is the first model to be built in Taiwan by MARCO Pacific, several other models, with capacities from 200 to 2,000 metric tons, are being readied for production.

MARCO has indicated its willingness to assist developing fisheries in analyzing their needs, selecting the correct size vessels, and determining the proper degree of mechanization. The company will also give assistance in the start-up of fishing operations and training of fishermen. 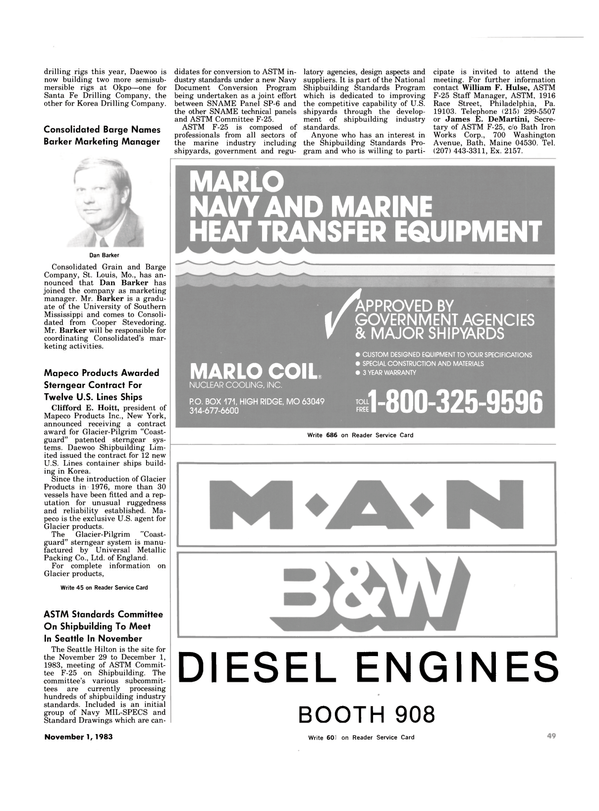