Rear Adm. James K. Nunneley, USN, Director, Maintenance and Modernization Division, Office of the Chief of Naval Operations (OP-43) was installed as president of the American Society of Naval Engineers at the Society's annual turnover dinner at the Shoreham Hotel in Washington, D.C.

Admiral Nunneley is the 88th president of ASNE which was founded in 1888. The Society provides a forum for direct communication between government engineers, both civilian and military, and industry engineers, shipbuilders and operators, and suppliers of related services and equipment.

The Society's membership now includes 6,800 members about half of whom are active duty or retired military and half are civilian. In 1983, ASNE celebrates 95 years of service to the profession of naval engineering.

Admiral Nunneley graduated from the U.S. Naval Academy with distinction on June 6, 1952, and from MIT in June 1957 at which time he received his professional degree of Naval Engineer, his MS degree in Naval Architecture and Marine Engineering, and simultaneously was designated an Engineering Duty Officer (ED).

After serving on several naval vessels and naval shipyards in an engineering capacity and having attended the Naval War College, Admiral Nunneley assumed command of the Puget Sound Naval Shipyard. In 1979 he was selected to the rank of Rear Admiral. He has been an active member of ASNE for the past 20 years. 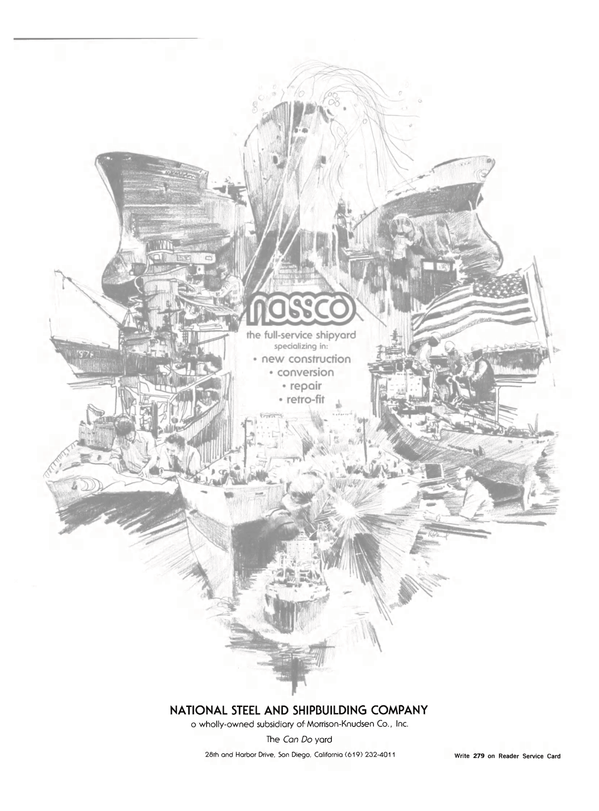