The Danish company Norpol Technic A/S of Grinsted has introduced a totally new type of release hook for all kinds of single-point suspension rescue boats and life rafts.

The Norpol Safety Release Hook is a new concept, consisting of a male and female part, which, when put together, automatically lock.

However, the great advantage of the Norpol Safety Release Hook is that release automatically takes place when the rescue boat is floating on the water. Additionally, the hook has a safety stick for manual emergency release.

Patented worldwide, the safety release hook is produced in three versions—IRB, ILR and MOB. All of these types have safety working loads (SWL) of 1.2 t, 2.1 t and 3.3 t.

The company is working on a similar two-point supension simultaneous release system for larger boats. 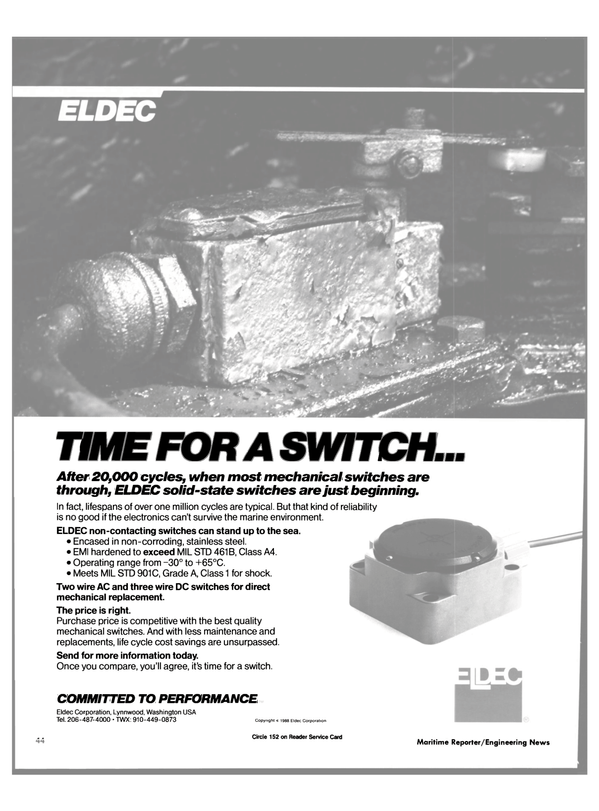 Other stories from March 1988 issue