Third In New Series Of Navigational Satellites Launched Into Orbit

The third in a new series of navigational satellites for the Global Positioning System (GPS) was successfully launched into orbit from Cape Canaveral, Fla., on a U.S. Air Force Delta II rocket.

Eventually, there will be 21 active satellites in the Global Positioning System, providing constant updates in real-time of geographical location for ships, aircraft, land vehicles and even individuals. It will be used by U.S. and allied military forces, and also, in a slightly less accurate form, by civilian users.

According to a "White Paper" issued by Magnavox, there should be enough Block I and Block II satellites in orbit to provide worldwide uninterrupted coverage for surface navigation by mid-1991.

The company reports that there is a considerable demand of GPS equipment, even though full worldwide availability is still more than a year away.

For more information and free literature from Magnavox, Circle 47 on Reader Service Card 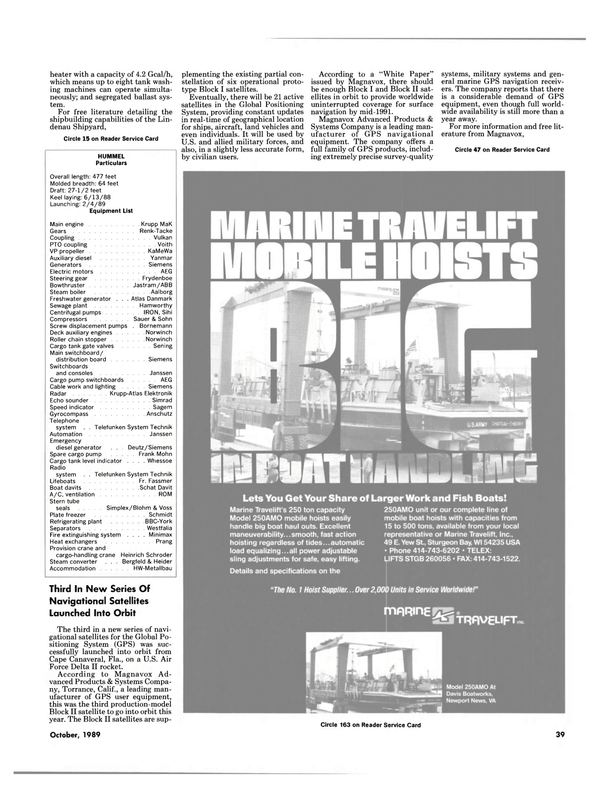