Chantiers To Construct Remaining 2 Of 6 Frigates In $95.5 Million Orde

The Floreal patrol frigate constructed by Chantiers de l'Atlantique, Saint-Nazaire, France, recently completed its sea trials and was delivered to the French Navy.

Accordingly, the French Ministry of Defence confirmed the expected order for two more frigates—No. 5 and No. 6—which makes a total of six such vessels ordered from Chantiers de l'Atlantique.

The order, which amounts to about $95.5 million, provides the Saint-Nazaire shipyard with a workload of one million hours.

The Floreal-type patrol frigates, which have a displacement of 2,900 metric tons, will be assigned to overseas service. Their weaponry will be fitted out by the Lorient naval dockyard Deliveries of the six frigates will take place every six months till mid- 1993.

For free literature on the facilities and capabilities of Chantiers de 1' Atlantique, Circle 22 on Reader Service Card 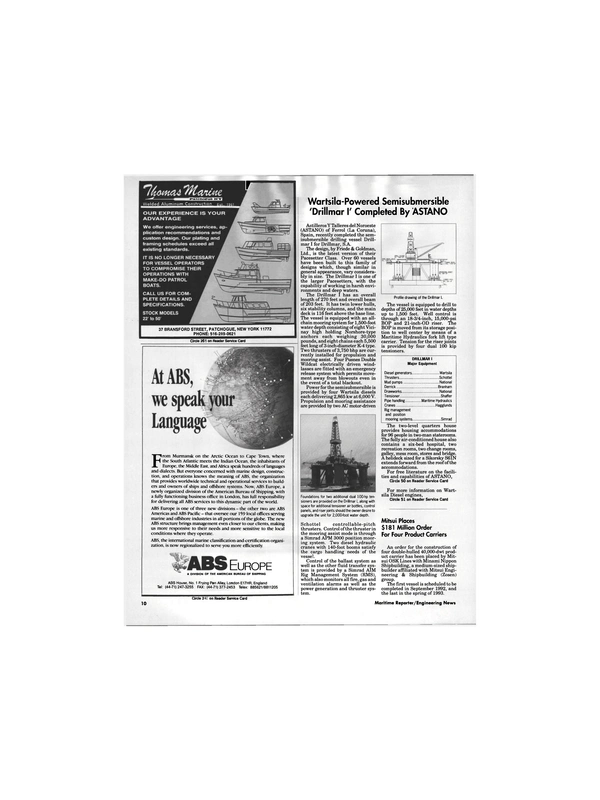 Read Chantiers To Construct Remaining 2 Of 6 Frigates In $95.5 Million Orde in Pdf, Flash or Html5 edition of May 1991 Maritime Reporter