During a 360-degree stability test of Chinook by Kvichak Marine, the 72-ft.

(21.9 m) pilot boat failed because a fire extinguisher broke loose during the roll and shattered a port window, allowing the pilothouse to flood. Since the flooding altered the center of gravity on Chinook.

the vessel was then laid on its side until all the water was pumped out.

Following this procedure, three hours later, the vessel's window was replaced and the roll was attempted again — this time with successful results.

Kvichak is near completion of this allaluminum pilot boat for the Columbia River Bar Pilots Association of Astoria, Ore. Designed by Camarc, the vessel is intended to right itself during a rollover due to its center of gravity, buoyancy and hull design.

The rollover was accomplished with a Foss supplied barge crane and strapped belts under the hull. As the crane lifted the belts, Chinook was turned over 180 degrees, upon where the straps released themselves — allowing the vessel to successfully right itself. 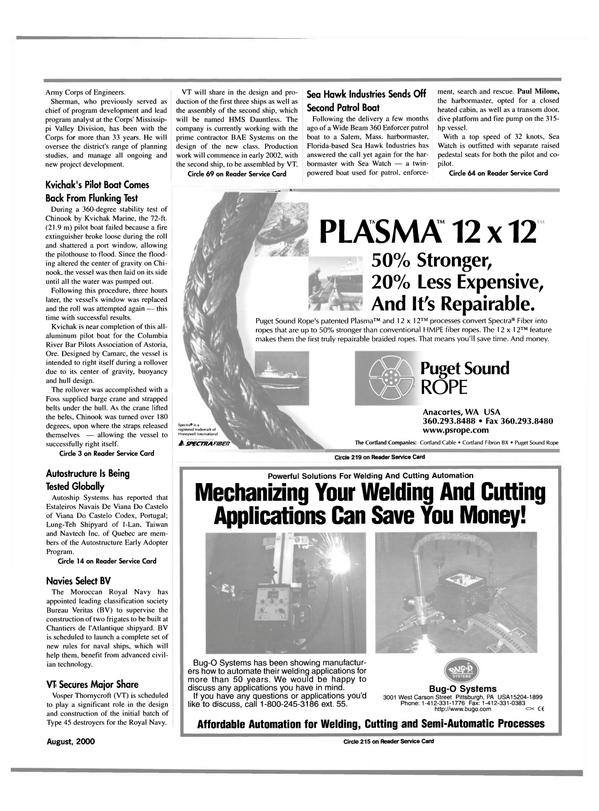