A growing appreciation of the benefits of podded electric propulsion is widening the concept's market reach, although business for such systems has remained concentrated among just a handful of suppliers. The recent deal for the Dolphin system, while denoting the commercial breakthrough for the alliance between STN Atlas Marine Electronics of Germany and John Crane-Lips of the UK, also expresses the market's receptivity to a further option and additional player. 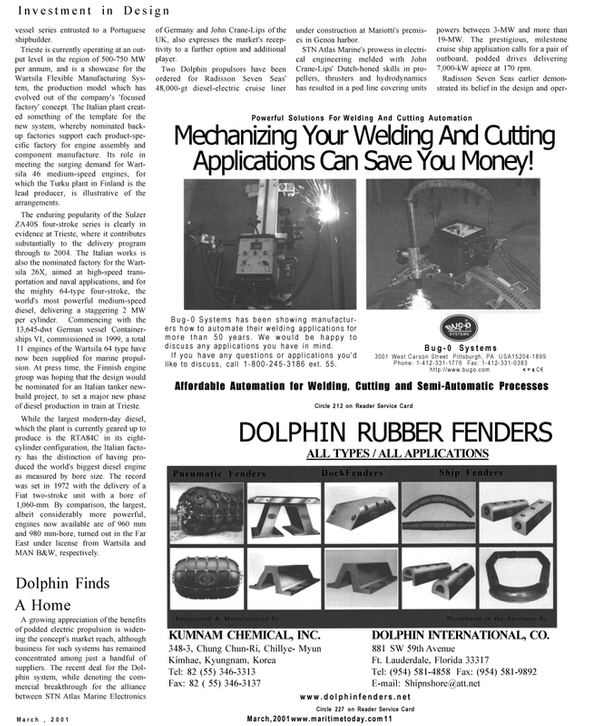