Abu Dhabi Ship Building (ADSB) has signed a contract with the UAE Armed Forces to complete major combat system upgrades for a series of six missile patrol boats in the UAE Navy's existing fleet. Valued at more than $50 million, the contract will significantly improve the capabilities of these vessels by integrating and installing new, state-of-the-art combat equipment as well as substantially upgrading the existing shipboard systems. The UAE Navy chose ADSB as the prime contractor for this project, which is known as Tarif-45. ADSB will have full responsibility for the complex upgrades that will be performed at the company's Abu Dhabi facilities. The company expects to join forces with several other international firms who will serve as subcontractors - including Combat System Integration company SaabTech Systems. 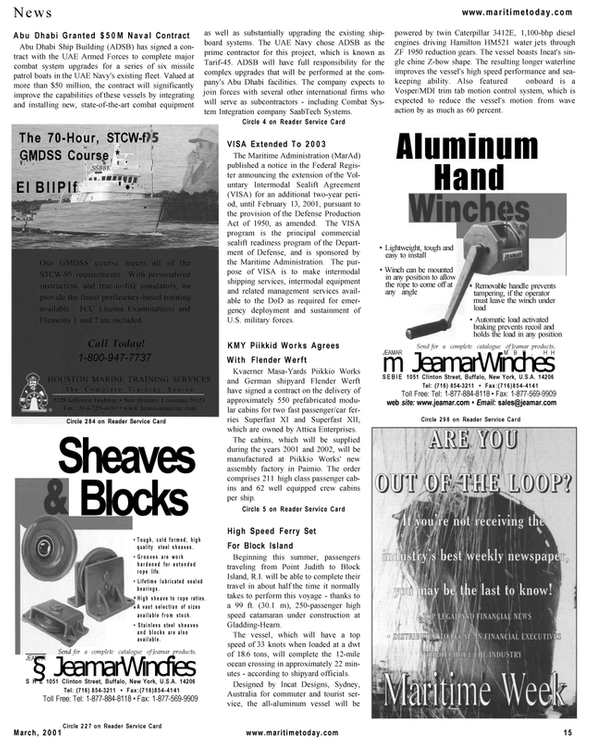