Currently there are 20 LM2500+ in or slated for operation worldwide on various various commercial fast ferries and cruise ships, with an additional 74 units in diverse power generation applications.

The LM2500+S each will have the U.S. Navy rating of 35,000 shp for the LHD application. GE expects to finalize the U.S. Navy certification for this rating by the end of 2001.

Six of the large ships, designed to carry some 2,000 Marines, have already been delivered to the U.S. Navy by Ingalls, and are active in the Fleet.

LHD 7, recently christened Iwo Jima, is currently under construction and is scheduled for delivery in mid-2001. 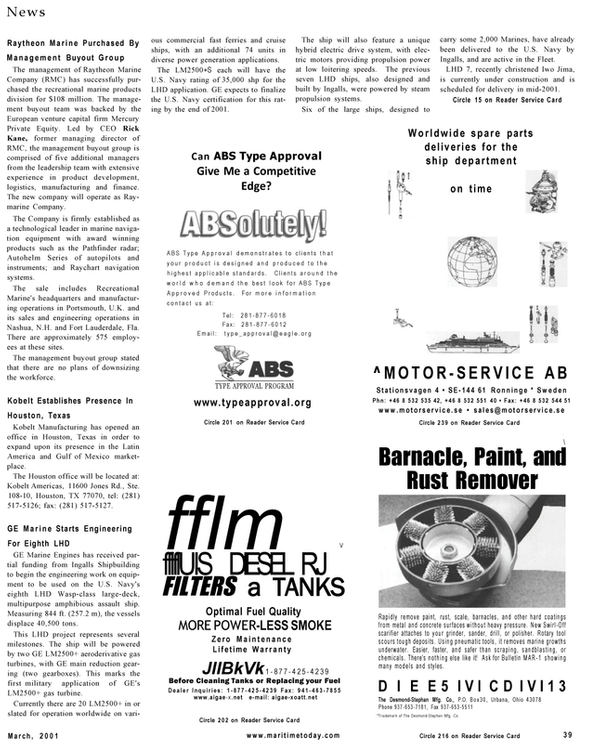