The US Government Must Fund Icebreakers Now

Congress last funded the purchase of polar icebreakers for the U.S. Coast Guard in the early 1970s. The USCCG Polar Star (WAGB-10) was commissioned in 1976, followed by the USCGC Polar Sea (WAGB-11) in 1977. Polar Sea has been out of service since 2010 due to a major engine failure. Polar Star was ‘in commission, special’ status from 2008 through 2012 while undergoing a service life extension. It is currently the only active heavy polar icebreaker in the U.S. fleet. The less capable USCGC Healy (WAGB-20) is a medium icebreaker and is equipped to support research missions in polar waters. 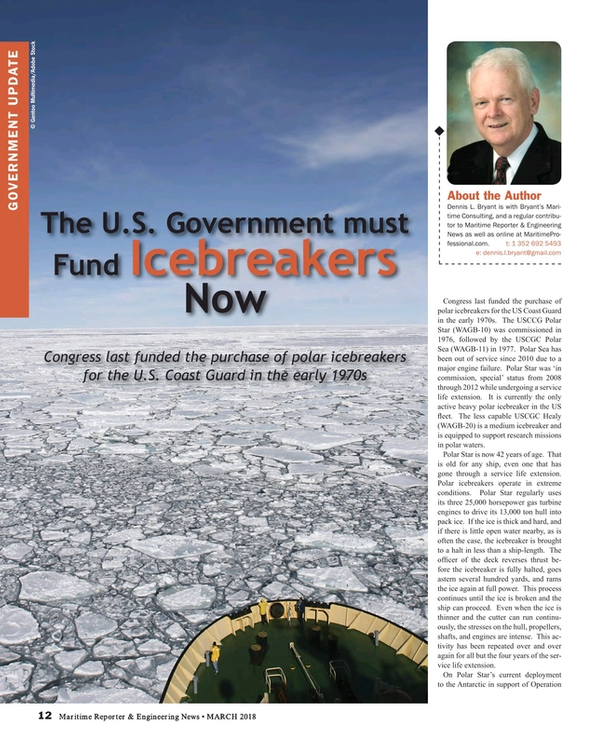 Read The US Government Must Fund Icebreakers Now in Pdf, Flash or Html5 edition of March 2018 Maritime Reporter

Other stories from March 2018 issue