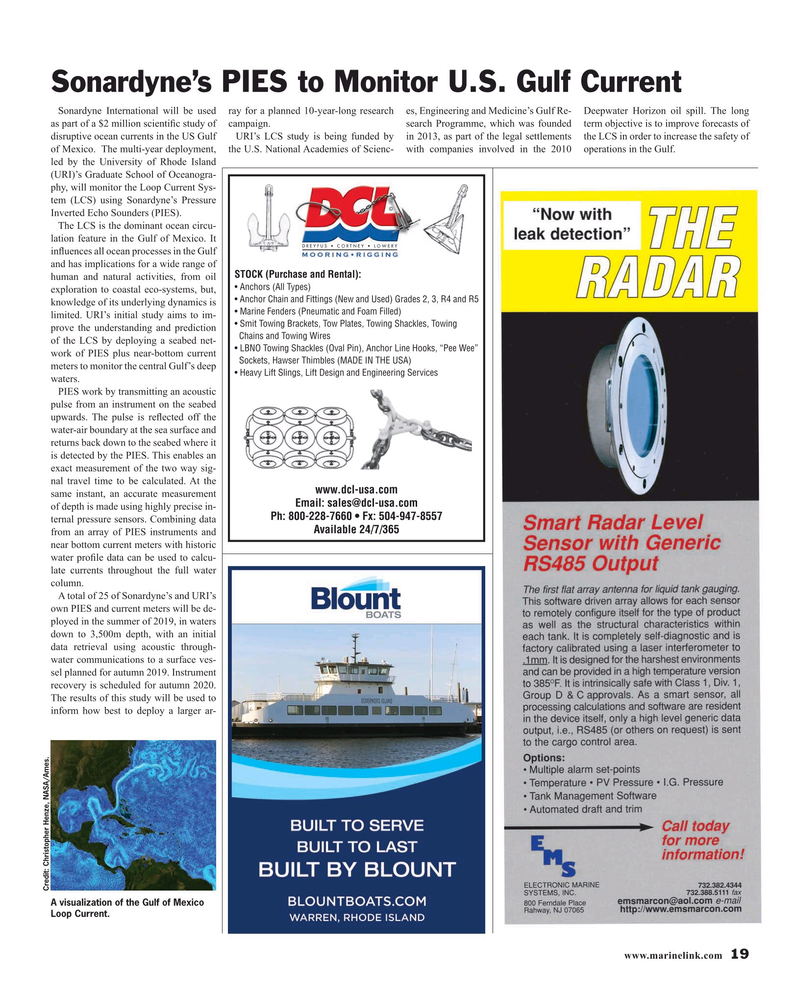 Sonardyne International will be used ray for a planned 10-year-long research es, Engineering and Medicine’s Gulf Re- Deepwater Horizon oil spill. The long as part of a $2 million scienti? c study of campaign. search Programme, which was founded term objective is to improve forecasts of disruptive ocean currents in the US Gulf URI’s LCS study is being funded by in 2013, as part of the legal settlements the LCS in order to increase the safety of of Mexico. The multi-year deployment, the U.S. National Academies of Scienc- with companies involved in the 2010 operations in the Gulf. led by the University of Rhode Island (URI)’s Graduate School of Oceanogra- phy, will monitor the Loop Current Sys- tem (LCS) using Sonardyne’s Pressure

The LCS is the dominant ocean circu- lation feature in the Gulf of Mexico. It in? uences all ocean processes in the Gulf and has implications for a wide range of