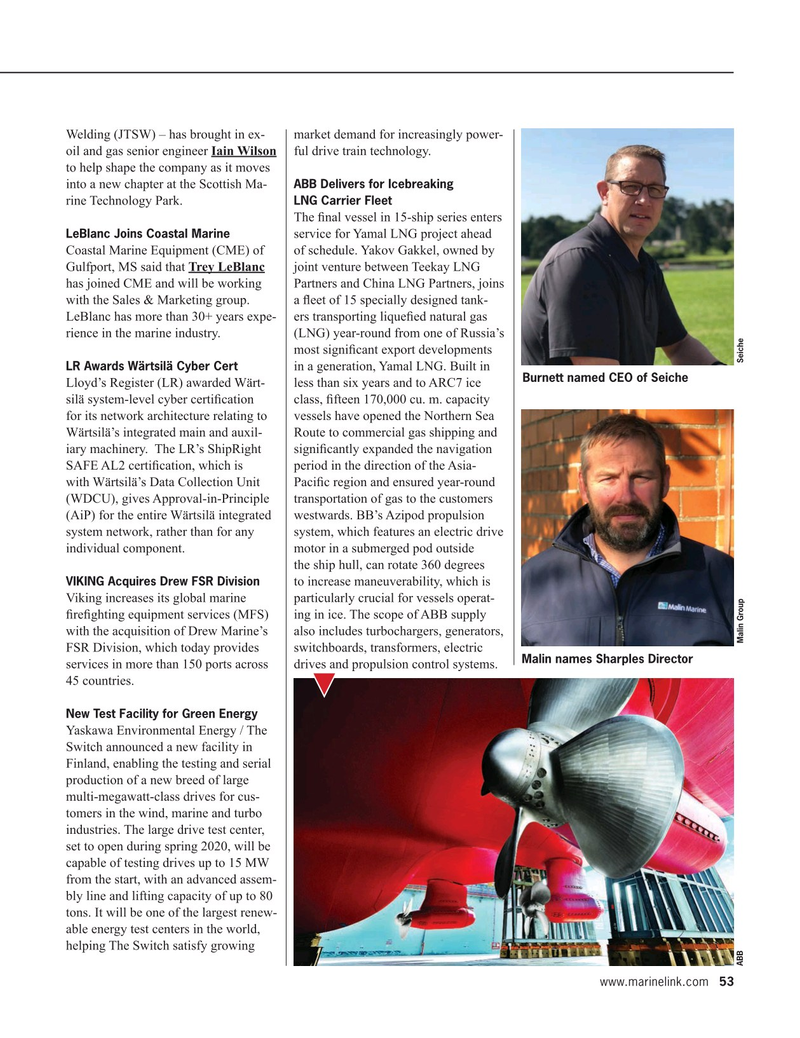 Gulfport, MS said that Trey LeBlanc joint venture between Teekay LNG has joined CME and will be working Partners and China LNG Partners, joins with the Sales & Marketing group. a ? eet of 15 specially designed tank-

LeBlanc has more than 30+ years expe- ers transporting lique? ed natural gas rience in the marine industry. (LNG) year-round from one of Russia’s most signi? cant export developments in a generation, Yamal LNG. Built in

SAFE AL2 certi? cation, which is period in the direction of the Asia- with Wärtsilä’s Data Collection Unit Paci? c region and ensured year-round (WDCU), gives Approval-in-Principle transportation of gas to the customers (AiP) for the entire Wärtsilä integrated westwards. BB’s Azipod propulsion system network, rather than for any system, which features an electric drive individual component. motor in a submerged pod outside the ship hull, can rotate 360 degrees

VIKING Acquires Drew FSR Division to increase maneuverability, which is

Switch announced a new facility in

Finland, enabling the testing and serial production of a new breed of large multi-megawatt-class drives for cus- tomers in the wind, marine and turbo industries. The large drive test center, set to open during spring 2020, will be capable of testing drives up to 15 MW from the start, with an advanced assem- bly line and lifting capacity of up to 80 tons. It will be one of the largest renew- able energy test centers in the world, helping The Switch satisfy growing