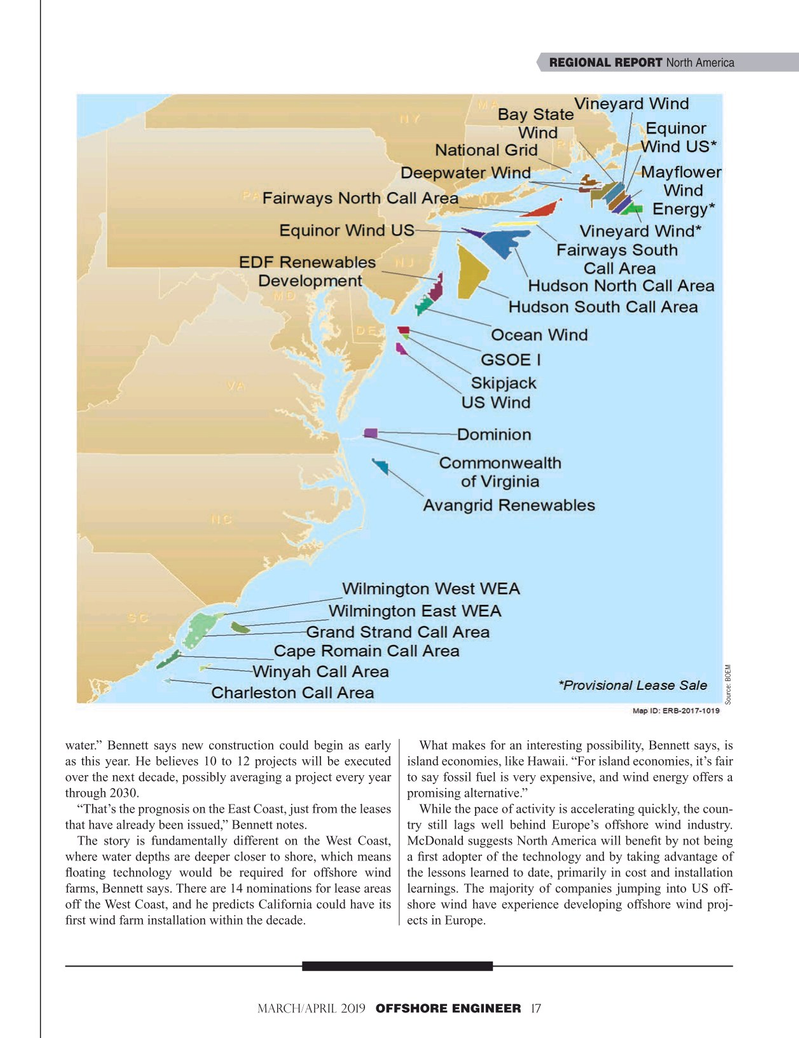 Source: BOEM water.” Bennett says new construction could begin as early What makes for an interesting possibility, Bennett says, is as this year. He believes 10 to 12 projects will be executed island economies, like Hawaii. “For island economies, it’s fair over the next decade, possibly averaging a project every year to say fossil fuel is very expensive, and wind energy offers a through 2030. promising alternative.” “That’s the prognosis on the East Coast, just from the leases While the pace of activity is accelerating quickly, the coun- that have already been issued,” Bennett notes. try still lags well behind Europe’s offshore wind industry.

The story is fundamentally different on the West Coast, McDonald suggests North America will bene? t by not being where water depths are deeper closer to shore, which means a ? rst adopter of the technology and by taking advantage of ? oating technology would be required for offshore wind the lessons learned to date, primarily in cost and installation farms, Bennett says. There are 14 nominations for lease areas learnings. The majority of companies jumping into US off- off the West Coast, and he predicts California could have its shore wind have experience developing offshore wind proj- ? rst wind farm installation within the decade. ects in Europe.